A-Lister is a virtual/animated singer, songwriter, and producer with a style, vibe, and sound of his own. The new Youtube celebrity is free from the chains of flesh and physicality. He rolls with his boys, chases his ladies, makes his art, and lives at the front of the line. The animated videos are aesthetically interesting to the…

DADDYPLUGIN is a mild managed music producer residing in New York. Born on Sugar Hill (Harlem), he moved to Long Island New York, studied music formally in Boston and toured the American south R&B scene. Because of evolution, he now vamps freely into Hip Hop. This musician started in the elementary…

Multi-talented artist, Therese Marie is an American Pop, Country and Gospel artist from Missouri. She was introduced to music at a young age and has been making moves ever since. At sixteen, one of her accomplishments includes becoming a business major in college. Her desire to pursue a career in acting impacted her decision to further her education.…

Florida Native, EdThatsMyCup's "Off The Drank" video makes a statement on the web

Daytona Beach native, EdThatsMyCup is an upcoming artist and has a style that is trending for this artist. His first single "Heavyweight" is gaining a lot of traction with almost 25k streams on Spotify and is continuously…

NEED TRACKS FOR YOUR NEXT PROJECT? BENNY BEAT-MAKER IS YOUR ANSWER

"When you grow up doing music in the Jackson Heights projects- the New York borough of the Bronx--You must remain focused and dedicated to your craft. Benny BeatMaker is one of the contenders. Thirty-four-year-old producer, Benny…

Rajan Sahota is an emerging hip-hop artist originating from Punjab, India. Now based in Sacramento, California, Rajan Sahota seeks to leave an impact on the world through his music. Since the age of five, Rajan has been a percussionist.…

[MUSIC VIDEO] FlyBOYMAC -"What You Want "

FLYBOYMAC releases his visual to hit single, What You Want

Malcolm Antonio Moss that goes by the name of FlyBoyMAC has been on the Big Bubble lately !!! After dropping his Biggest Hit Single " What You Want " on all major platforms... He also had got Book to be on California Best Radio station ( KCAA RADIO ) in San Bernardino April 10th for an Interview on Air and Airplay for his Hit Single "…

The members of Urban Fu$e hail from all over the world and are truly a reflection of diverse cultures and different approaches to music fused into one single sound. A strong dance beat is the hallmark of UF no matter the genre: Hip Hop / Rap, Dance Hall, V-Pop, Afro, Latin, UF does it all!

Why do they call…

Kristine Kreska teams up with Tempo Stokes on her debut Single, "Gaslighter"

Kristine Kreska’s debut single, Gaslighter, is a collaboration with singer/producer Tempo Stokes. Growing up in a Detroit musical family meant that Kristine was surrounded by different forms of live music. She was heavily influenced by rap, hip-hop and punk music in…

The R&B Princess of Los Angeles, Nikia teams up with Wo Billz on her latest single, "Truth Syrum"

California native, Nikia is an RnB/Pop singer born in NY to a family with…
Continue

Atlanta-based rapper Ervin Mitchell teamed up with his childhood friend, Reggie Ransom to put together an imaginative lyrical exhibition for the ages. The fans have anticipated this union for some time now and the wait is now over.… 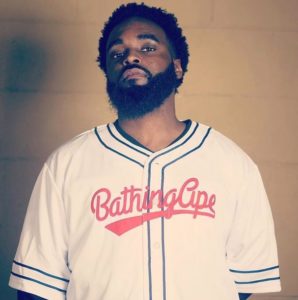 The truth is "Nothing ever came without work - Nothing ever happens behind fear." It's life, just live your dream. There's an up and coming rapper from the DMV area that lives this truth. The artist that goes by the name of Nyke Ness presents his version of "Roll In Peace." His two-minute…

Alyssa Colòn's current single, "I'm Gucci" is a teenage girl's perspective of being very confident with goals. Alyssa is serving bossiness on this track and is warning her peers that are hanging out - she has a totally different agenda in mind. The hook " I'm Gucci, I'm Bougie, and I can be a little…

"448 Grams" is the latest single from 7Cree. In this debut video, Cree freestyles and raps with no hook/ chorus and just goes bar for bar. The video - filmed by JR Visualz - displays his lyrical skills and…

The wait is over for the BSE…