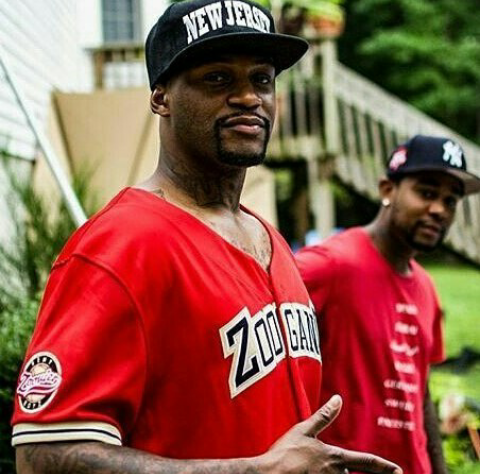 who is Benji_Bear?  Well we are here to let you know he is definitely neXt up in the music industry.

Born June 25, 1986 in the city of  New Brunswick, New Jersey.
Benjamin Josiah Williams
is the youngest of six children. The certified
"creep king" or "king of creep"
based on the type of topics sung or rapped about in his music, which these topics are quite unique, topics can be compared to the things seen on that famous television show
"MAURY". Benji comes from both a
Belizean and American family. Growing up he sates, it was easy for him to fit into almost every crowd of people. Very intriguing also, we came to find out he has a very deep and far ties with the cities of

Los Angeles
and many in the state of
Florida.

"Gang Life". By the time he was
21 all the criminal activity
caught up to him and caused him to do a


released
from prison on 10\26\2015, he moved back to his home state of New Jersey. Living in Newark New Jersey, he met a
local rapper
named
Nye Beezy from span>Zoomob\Zoogang\Island Boyz  ( also from Newark, New Jersey), he was very much inspired and intrigued by Nye Beezy, so in no time he starting on music himself.  Eventually he met

Remyboy Monty. Shortly after he made a song with the local rappers, Nye Beezy and
RemyboyKhaos
(Fetty Wap artist) ,Benji knew it was time to take his music serious and to the next level. As of now Benji_bear  is part of

(Nanatmp) Vice president of the


" Back and Forth" Ft VioletHaze
(singer\songwriter also affliliated with Bricksquad) hitting 35.5 K plays in just a couple weeks. Here we leave you with a bit more of Benji