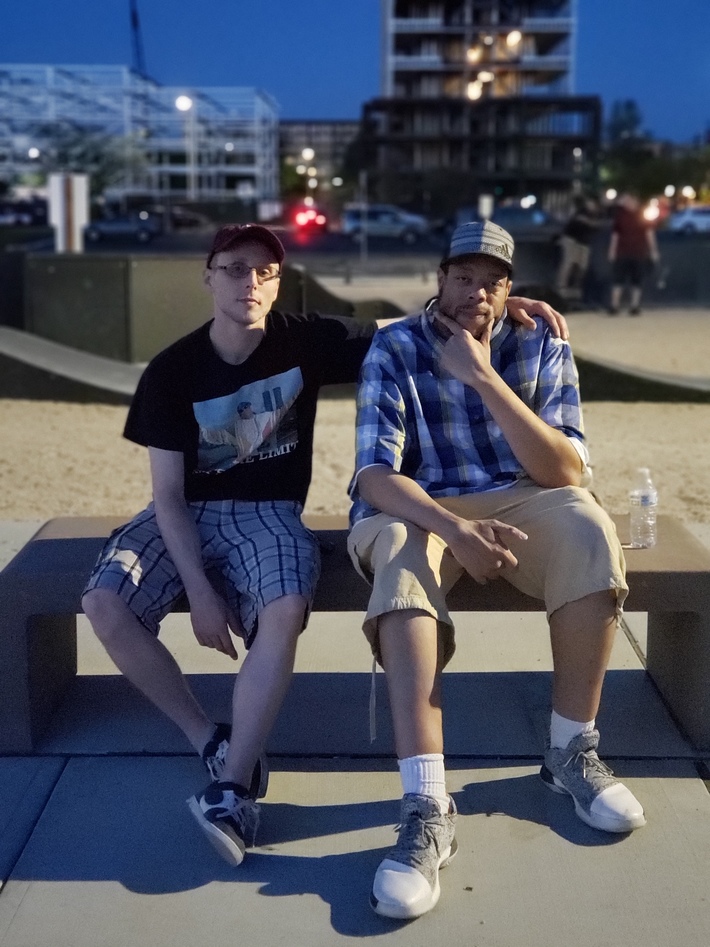 What are your names and what city do you rep?
DJ Pasquan: My name is DJ Pasquan and I am a Olympia/Lacey
Representative.
Lank: I go by Lank and I rep Lacey, Washington! The 360!
Tell us about your latest releases, what inspired you to create them?
DJ Pasquan: Our latest release was a single titled "What's the deal?" a record inspired by conversation we had regarding the racial differences between our personal police interactions.
Prior to that we released the 3rd installment to our Deeper Than Music series. A project we created as a way to thank our fans for there contented support through our development.
Lank: Like my lil' bro said, our conversation about our different experiences with police. I always would say in our convos "Yo, let's do a song about that." This time around he pulled a me on me (laughs) and said we should put it into song format. Especially with the climate of everything going on.
What is unique about you and your music?
DJ Pasquan: Every song we ever made together was formed through conversation. The more we connect the more we create.
Lank: As we build as brothers in real life, it pours out into our craft. Topics that we hit on and angles that we take on those topics.
What shaped your music?
DJ Pasquan: Relationship. When we first came together we didn't plan on making music together. Over time we just started writing songs for fun.
Lank: It's crazy how the music came together organically. It wasn't forced at all! I remember when we first linked up, he told me about his experiences
DJing. I jokingly said to him he gotta rap about it. He has that cool voice tone, I said Barry White is his uncle (laughs). So I shot him a beat and he actually wrote to it, and after that it was history from there.
When did you realize you were going to make music professionally?
DJ Pasquan: Making music professionally was something that just happened over time. After we made the song "Go Forward" I knew we had to keep it going.
Lank: As soon as I saw the impact that the music was having on people personally.
What type of music do you listen to?
DJ Pasquan: when it comes to hip-hop I am a huge fan of the 90's. I listen to alot of funk and soul music as well.
Lank: I listen to a variety. Mainly throwback 90's Hip Hop, Rap, R&B, Alternative music. Some 80's music. Some new wave now and days music. Synthwave, Lo-Fi, Video Game music. It depends on the mood, if I'm in right mood with the right amount and it hits the spot! (Laughs) But for real, for me personally, it's about being content and having joy in the Lord.
What do you wish you were told when you first started making music that you think would help artists just starting out?
DJ Pasquan: Alot of times we pressure ourselves to be perfect. Sometimes the flaws are what makes it gold.
Lank: 2 things: A quote that comes to mind by Timbaland: Pay your dues, but don't be used! And to add if you don't have a goal, you'll be used by someone who does.
Tell us about your upcoming projects...
We are currently beginning the process of our first official project.
It's been a long time coming and we are excited to see where things go from here.
Where do we find you music / music projects?
DJ Pasquan: Our New Single "What's The Deal" can be found on all digital outlets.
Lank: You can also find our "Deeper Than Music" projects at bandcamp.com
Any last words for the readers?
We would like thank everyone who has taken the time to listen to our music. We greatly appreciate you for hearing what we have to say. If you haven't had the chance to play our songs we would like to encourage you to do so. We hope everyone will enjoy our Music as much as we enjoy making it.