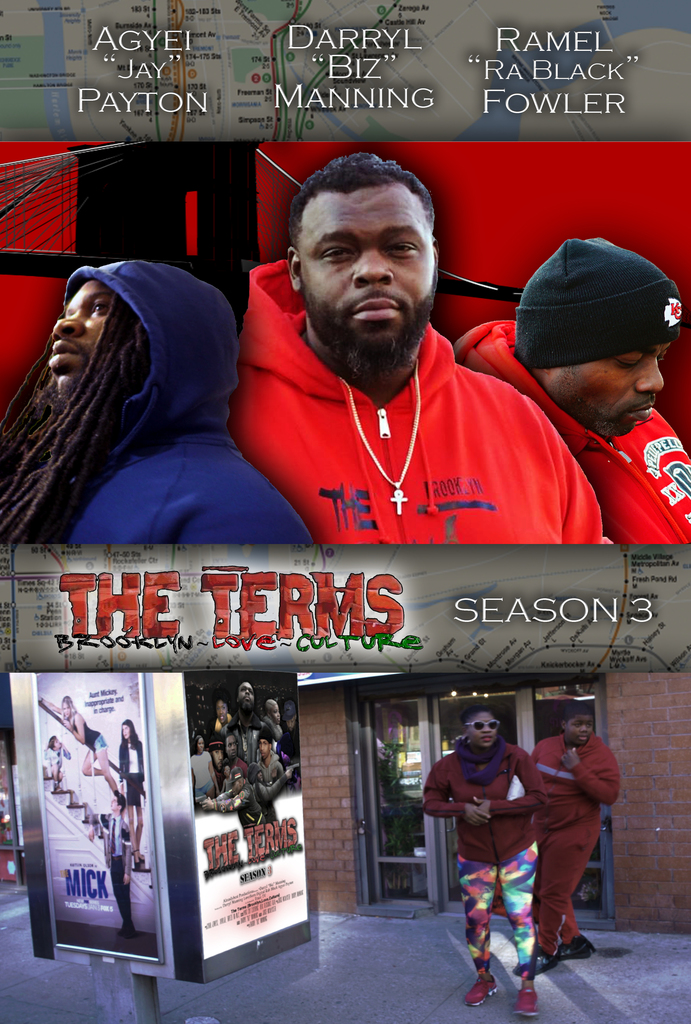 What's your name & Where are you from?

How long have you been working in the entertainment industry?

I’ve been doing this for the past 4 years.

What inspired you to get into the industry?

I primarily had a passion for shooting music videos. But after i seen my first webseries “The first of the month”, i knew where my calling was.

What were you favorite tv shows growing up?

Martin, Wayne Brothers most of the black sitcoms.

Who are your industry Idols if any?

What prompted you to create your show and how did you come up with the idea of the show?

Watching Money and Violence and seeing how simple it would be to shoot prompted me to go ahead and work on my dream. I really dont know i came up with the idea of the show. It just
came to me one night smoking weed by myself.

Was it hard to select your cast??

No not at all.

You shoot in Brooklyn, how does the community respond when your out shooting?

The community welcomes us and help out pretty much as much as possible.

This is your third season right, what can we expect that's going to be different?

Definitely the visuals and quality of the picture. Alot more action and some twisted stories. This season we will also focus more on the Culture part of things.

How have the fans responded to the first 2 seasons?

The fans love it.

Who’s your favorite character and are there any storylines we should look out for?

Biz is my favorite character. Lol

Whats been your favorite episodes so far?

I would say season 2 finale finale.

If you could have any actor appear on your series who would it be and why?

I would have Denzel play a cop.

if you had to go to war against any tv show or web series who would be your ally and who would you guys go to war with?

My allies would be The Brooklyn way or 848. They always show love. We would probably war with the rest of the series out there.

How do you balance family and filming?

Its hard but for the most family respect what i do.

How do you think you guys will do on The Nu TV Network‘s #DoOrDieFridays this fall?

We are gonna boost the ratings.

Do you have any advice for aspiring producers trying to get into the industry?

Just to stay focused… And out of our way. lol