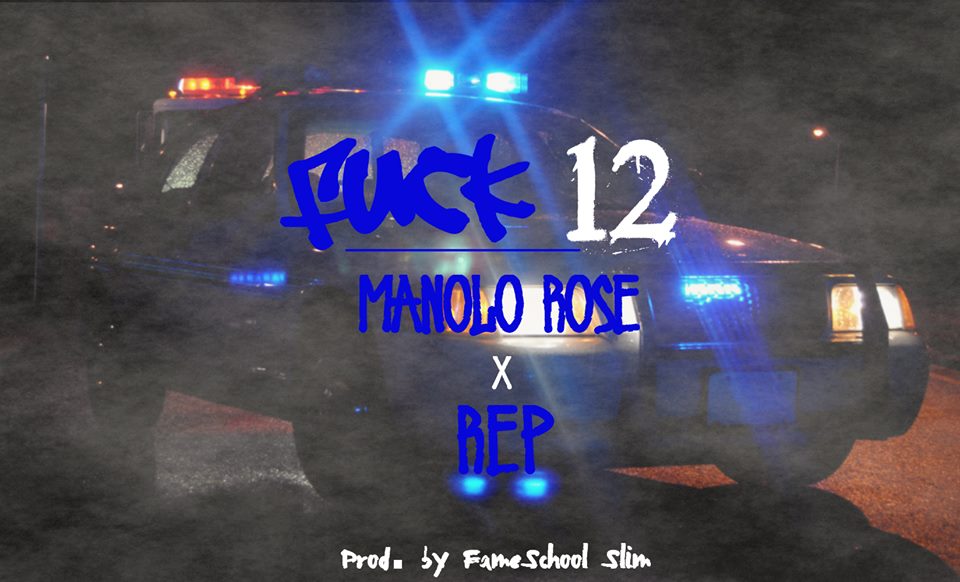 Manolo Rose who is an artist out of Brooklyn New York, recently just broke into the mainstream bracket with his hot new song Run Ricky Run, which is doing numbers right now. After seeing the people go crazy of that song he quickly dropped his new single "F*** 12" ft. Rep, who is an up and coming artist who is making a lot of noise right now. This song was produced by Fame School Slim who is one of the hottest producers doing it in the game now. F*** 12 is a slang way of saying f*** the police which started out on the West Coast. This song was made, because both artist felt like their voices should be heard, about the police brutality going on in our communities. Recently we lost Trayvon Martin, Eric Garner, Mike Brown, and Tyrone for no reason at all. Justice hasn't been served yet which I find to be messed up, because if the shoe was on the other foot, we would be serving a life sentence in jail. In this song Manolo Rose spoke about losing one of his friends. He begs his moms to pray for him because of the violence going on. I have witnessed a lot of devastating events when it comes to our police locking people up. It saddens me to see my people get beat and harassed because of their skin complexion. Not everybody man of color fits the description of a criminal. This is definitely a stereotype that needs to vanish, because I know a lot of young brothers who are in college and working. Some have even graduated, so as a people, we deserve more respect because I know the police wouldn't want nobody to treat their children like that. I respect both artist for being brave enough to voice their opinions about this situation. The world really needs more leaders if we want to be able to live in peace.