Unless you've been residing under a rock, you are definitely well aware of the Pandemic that is occurring across the World. This virus has apparently been around for years , hence it is on the back of the Lysol can, and is now re-emerging and causing a fukn ruckus ok. COVID-19 is caused by SARS (Severe Acute Respiratory Strain) SARS-CoV-2 and was first identified in Wuhan,Hubei,China in December of 2019. They initially said that this disease came from eating bats but we later found out that it is actually a patented disease. As of March 2020 there are 642,238 Coronavirus cases worldwide, 29,908 deaths , and 139,540 recoveries. In the United States alone there are a "confirmed" 85,356 as of today and unfortunately 1,246 deaths.

According to Wikipedia, "The virus is mainly spread during close contact and via respiratory droplets discharged when people cough or sneeze. Respiratory droplets may be produced during breathing but the virus is not considered airborne. People may also catch COVID-19 by touching a contaminated surface and then their face. It is most contagious when people are symptomatic, although spread may be possible before symptoms appear."

Ok... now a thinking G's perspective about this outbreak is " But this is what the powers at be who control/run/govern the county/countries have been doing for years." This type of Pandemic creates fear and panic in the people and I hate to say it.. especially poor people. WHY? We are already in survival mode on a daily and now we have to be worried about fighting a disease that we can't even see? Employers are not paying those who are not working due to this QUARANTINE so how are people supposed to continue their daily lives DC/AC (During Corona/After Corona). The "President" has known of this disease's outbreak since December yet there was not any type of urgency to contain the beast prior to the end of February; Which now has many of us either laid off, working from home, or working out during the breakout.

They have quarantined the people to stop the spread of the disease and encouraging everyone to be extremely hygienic. This includes practicing social distancing (which yesterday I witnessed... I'll get to that later) of at least 6 feet from person to person and ensuring that everyone is taking the proper PPE measures. As I stroll through the neighborhood for food, Raw Papers, fruit, and front I am noticing a majority of everyone has on face masks, and gloves ... I also noticed a person touch the fruit with gloves then put it back as if they are not still spreading whatever germs are on those gloves to others. But whatever lol. People are buying all the disinfectant wipes, baby wipes, tissue and other s*** that they normally never purchased in bulk; only to deprive others who need them as well. As I drove through Westchester (a more affluent area) there was NOT ONE PERSON practicing social distancing nor their PPE practices and I was not surprised. They were out in groups GOLFING fam, jogging, playing with their kids and doggies. No lie. I saw so many out just enjoying their lives and of course they were not brown/black... but they seemed to not be worried at all. So it made me think...why is everyone in my neighborhood (less affluent) wearing all this gear and protection yet these rich/wealthy folks have not a care in the world about contracting Corona where I was yesterday? So why are we inside stressed the fun out?

Sighs... Universe we tryna see the outside again and  buy tissue without a drought fam.

China unleashed this as a power move on those that control the federal reserve banks?

The US unleashed this on China so that Trillion dollar debt can be settled?

China unleashed it on its own people as a form of population control/genocide.

The US unleashed their patented creation to keep the people distracted from whatever is really going on with the elections, the high profile sex trafficking cases, Donald Trump's Impeachment, and much more? ...

I don't know for sure but I do know this... I shall continue to live my life as I was BC (before Corona) and make sure health is the number one priority next to spreading this LOVE.

We outside soon fam! Stay positive and grateful! 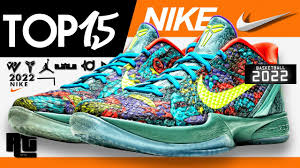