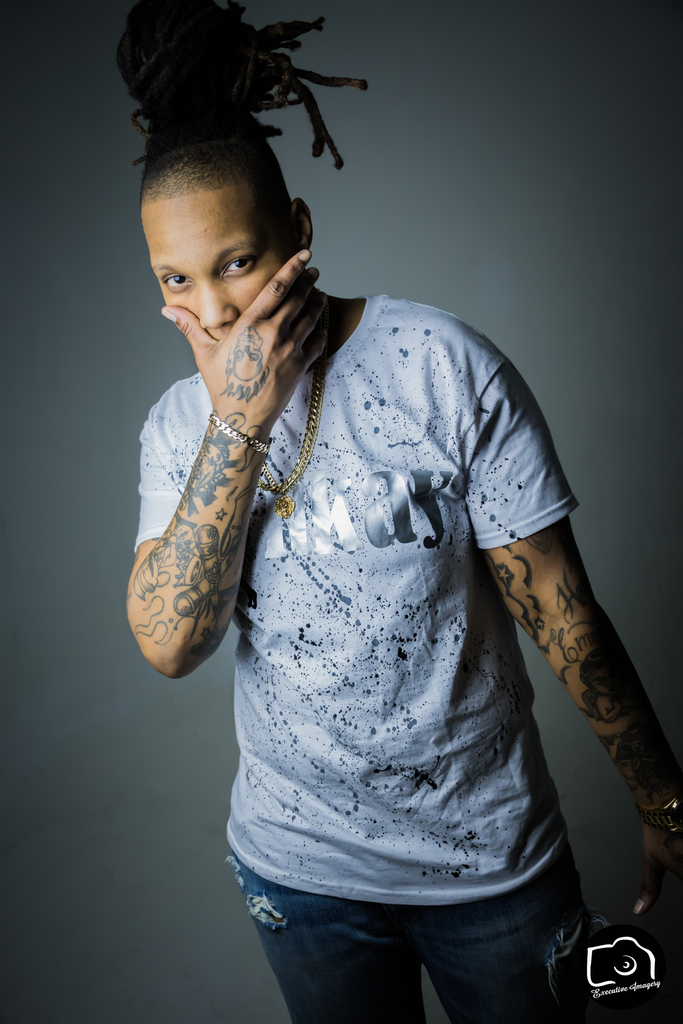 Kayla Hawkins aka Kinkay is an independent artist born and raised in Tampa, FL.  She is a lion hearted Leo that grew up as a middle child, surrounded by two amazing brothers, who helped influence her love of music. After one of her brother's passed away in 2014 from kidney failure, Kinkay took some time away from music to slow down and do some soul searching. Now she has re-emerged with a new vision and a new sound, creating great music and infectious vibes. Currently she is hard at work in the studio putting together two mix tapes to be released in the Fall and Winter of 2017.
Kinkay is a rare commodity that desires to bring something powerful and unique to the music industry. The vibe of her music is a harmonious balance of old school and new school with a quick/slow poetry flow. As a lesbian African American woman with an outspoken voice, Kinkay has had her challenges in life. Despite the many obstacles that she faced, she continued to press forward and obtained an Associates degree in Business Administration and is headed towards her Bachelors in Business as well. She wants to leave no stone unturned and believes that educating yourself about business is they key to long-term success in the music industry.
Kinkay’s musical inspirations were fueled by powerful, strong females such as Queen Latifah, Mc Lyte, Erykah Badu and Lauren Hill.  Growing up, she spent her days listening to music icons like Michael Jackson, Notorious B.I.G., Tupac, Jay Z, Mariah Carey, Missy Elliott, DaBrat, The Ruff Ryders and Outkast. She loves and has a deep passion for hip hop. Kinkay’s goal is to finish school and focus on her passion for music full time. She believes that she has the power to deliver a powerful message by creating music that impacts her culture in a thought provoking way.
"One good thing about music, when it hits you, you feel no pain."- Bob Marley.

Check out ''I Want The Best'' on Kinkay: