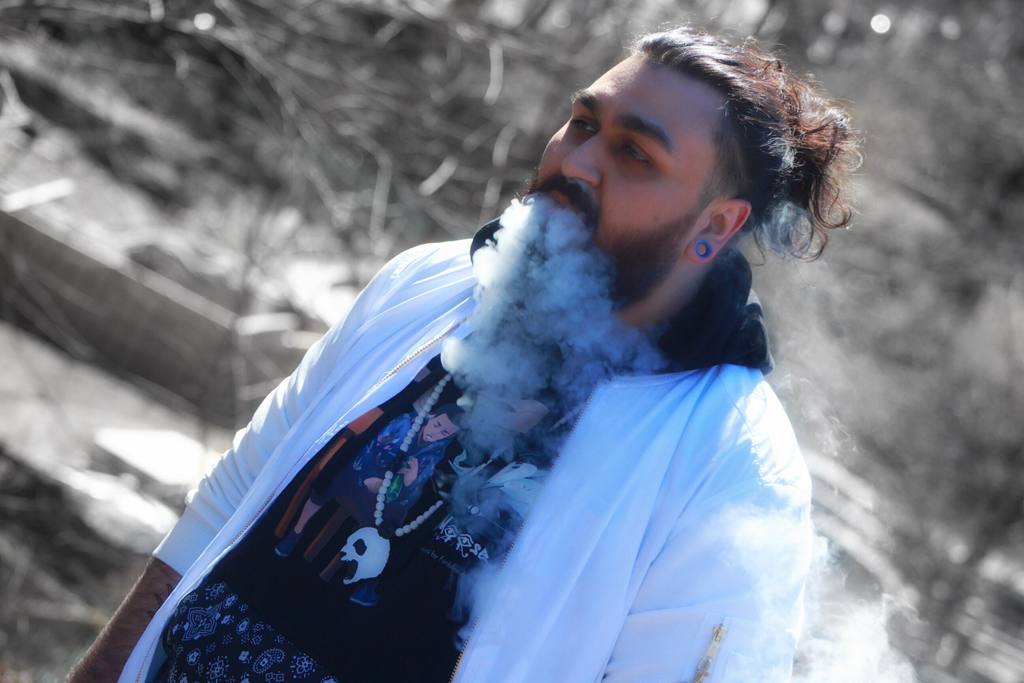 NEW YORK, NY – Every situation in life can have multiple perspectives. What one person sees as bad could be seen as good by someone else – or truly ugly by yet another person. It’s that multi-faceted way of looking at things that Moose Raja hopes to capture with his upcoming three-pronged project, the first part of which he’s currently in mid-development on.

Moose Raja is a 25-year-old hip-hop artist who was born in Jamaica Queens, New York but has moved around a lot throughout his life. As such, he has always struggled with the concept of home and has developed a way of looking at the world through a variety of different lenses that he said gives him unique perspective on life. Those perspectives will be on full display through the music he releases over the next year.

“I basically start with the foundation of my life and give you different perspectives on the things that have happened in my life,” he said. “For instance, I’ll talk about being on EBT and Welfare, and my perspective about that situation will change from project to project. The good perspective might be optimistic – like I could make money by doing some bad s***, but I don’t want to do something I might regret down the road so I’m not gonna do that. The bad perspective might be negative – like this is hopeless and we’re never gonna get through this and there’s no point in even trying. And the ugly perspective is F*** It, I’m gonna get money however I need to and do whatever I need to. In life, you’re not always steadfast on the path that you choose – you might go in one direction or another, for better or worse. I want to give people all the perspectives of what my life was like and hope they can connect with that.”

A lot of the stories for this over-arching project will come from his time living in Houston. He spent his years from age 8 to 15 growing up in Westbury, New York – a place where gang violence and drug-related crimes occurred but weren’t necessarily a regular occurrence. But then his parents moved to Houston, where he faced the trials and tribulations of racism, living off of EBT and Welfare, losing his religion, heartbreak, and making memories that would last a lifetime. Moose is working on the three-pronged project in collaboration with a producer known as Fürdarepublick, who he’s known for the past five years. The two became good friends while sharing an apartment together in Flushing, Queens, and Moose said the two of them have been working together throughout much of his journey as an artist.

The first single from the project is a song called “The Lesson,” which is slated to drop May 26. He said the song is a modern day twist on the classic, dirty Southern hip-hop style – similar to UGK and Pimp C. In the hook he talks about some really Southern stuff and uses those tropes to encourage the listener to “go learn” something new.

“I talk about how I came from getting jumped and dealing with a lot of gang s*** to hanging out with friends and not getting attacked all the time, and on to starting to enjoy things a little more now,” Moose said. “There’s definitely a quirkiness about the instrumentals I choose to use and work with, but it shows off my versatility. The last project I dropped was mostly boom-bap, very 90s style – it brought you back to old-school hip-hop. This one is me working on my own spin on modern-day trap. There’s a lot for people to relate to in the stuff that I talk about.”