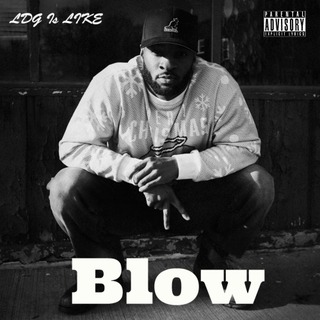 Independent underground artist LDG IS LIKE, is finally back on his grind and rebranding his label (WLR) from top to bottom. With LDG’s new Single, BLOW, he’s doing exactly that. Blow, is the leading record off of the soon to come album, Dedicated to My Enemies, available on all streaming services and digital retailers.

LDG is a veteran in the Akron music scene and has been earning his keep as of late. The completion of 3 albums in 2016/2017 are now in the process of being pressed up and released. Blow being the first official single in almost two years should create some major excitement for fans. The Single is has a Club feel but structured with top notch lyrics. Packed with creative lines, double entendres, and metaphors every type of person is bound to find themselves moving to this record.

LDG says the song was inspired by one of his favorite boxers, Gennady Golovkin (Triple G). Golovkin is known to be one of the most devastating knockout punchers in the sport of boxing today, validating LDG’s claims of his Blow, and “packing a punch”. The beat was produced by Mad Real and recorded by Nathan Vail, in Kenmore, Ohio at Just a Dream Studios. You can stream the song on Spotify here: https://goo.gl/hcefrB it’s also available on Amazon, ITunes, Apple Music, Tidal and more! Visit www.wonloverecords.com for updates on LDG IS LIKE.