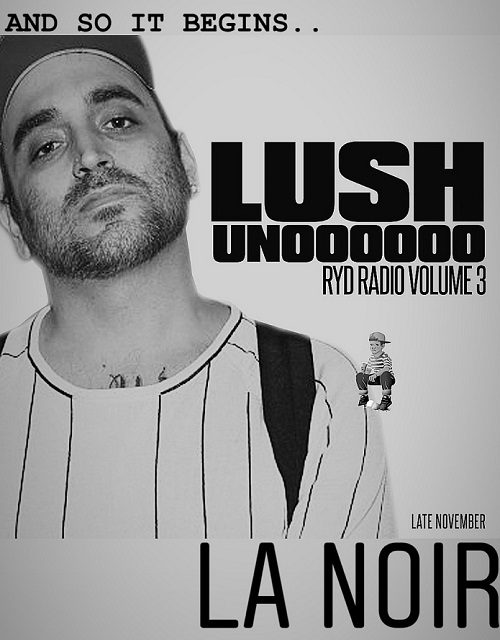 West Coast veteran hip-hop artist LUSH ONE (FIN35 Ent) has recently evolved his punchline heavy style into a new reality based rap genre that he has named ‘LA NOIR’. Opting to call his records ‘audio cinemas’, he has taken the concept of a song into something more progressive. He is currently working with producer VODKA THE GROUCH (JordanRiver Recordings) to create these 'audio cinema' pieces, as they release their first glimpse of the intriguing audio experience on their latest drop entitled ‘STADEALRYDAZ’. The new single is featured as a stand out track on the prestigious RUINYOURDAY ‘RYD RADIO VOL 3’ album, which is now available worldwide. Lush’s next album ‘HYAMS’, with his highly anticipated number of singles, will be dropping consistently in the following months. This track is fire so make sure you add this to your playlist!