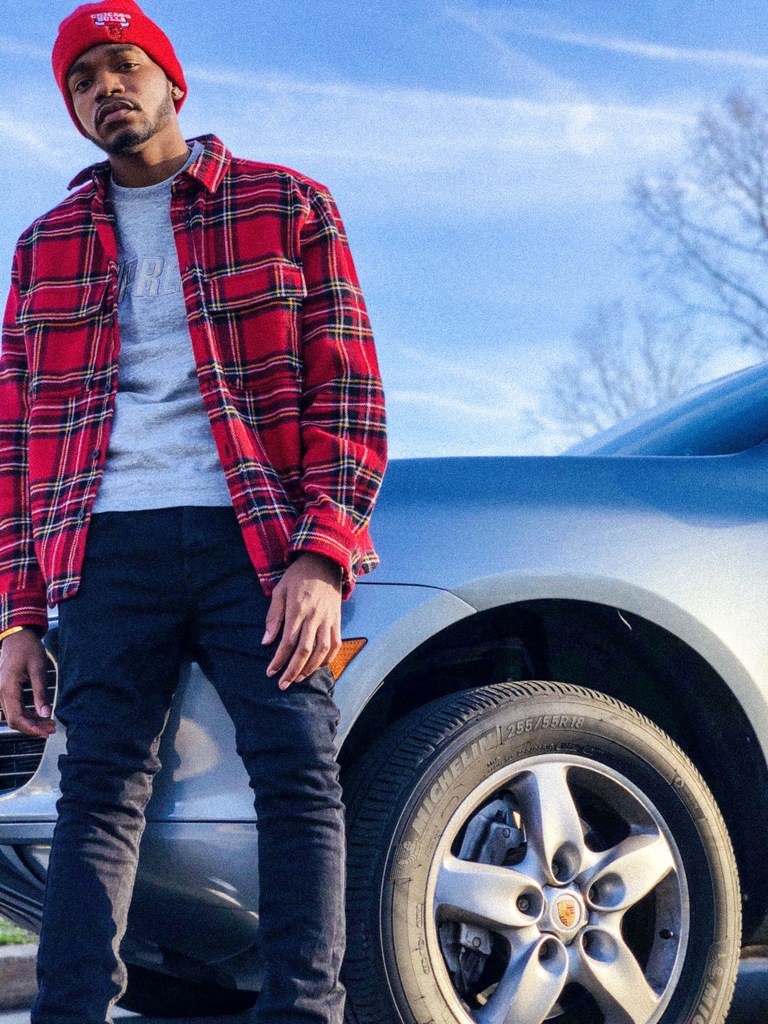 Born and raised in Winston Salem, NC, at the age 11, Sir Banks realized he wanted to pursue music as a career. “As a child, I only listened to Michael Jackson. As a teenager, my older brother introduced me to the sound of the WuTang Clan, 36 Mafia and UGK. From there, I knew rapping was in the cards for me”, states Banks.

To get some experience under his belt, Sir Banks did talent shows at churches, after school programs, recreational centers, and summer camps. “I first really took my music seriously in 2009. My best friend and I were a rap duo called Fly Luminati. His name is Chill”. During their freshmen year in college, the two shot random videos and dropped random songs on Facebook. They had become known for their consistancy around the city. “We dropped a visual every Sunday”, recalls Banks.

Why the name Sir Banks? “My mom used to work at Dilliards, a well known department store. She would always buy name brand, fly, and conservative clothes for me. I was always dressed up more than the average person. My friends teased me and called me “Carlton Banks” from the show, “Fresh Prince of BelAire”. But as I came into my own, that style of dress stayed with me so I coined the name, Sir Banks.

When asked about his musical influences, Banks pays homage to his Father who was a music major at Winston Salem State University. “My mom and sisters sing as well. All together, I come from a musical family”. Outside of his family, Banks lists established acts such as Kanye’ West, Andre 3000, Common, Pimp C, and Pharrell as musical influences as well.

At the age of twenty-two, Banks went solo. “My partner no longer had an interest in music, but I decided to stay the cours and go solo”, states Banks. Since that time, Banks has since dropped four projects. In 2014, he dropped his debut mixtape, CRUISIN. “I developed this EP while cruisin around in my car. The words to every beat came out of me driving around in my car. At the time, I was driving a 2003 BMW 3 series”, recalls Banks. In 2015, Sir Banks came with his sophomore tape, BANKUET. “It was a mix of all of unreleased tracks and skits based off of Carlton Banks from “Fresh Prince of Bel Air”. This release talks about being humble, formerly being in a duo, and taking care of my son, Princeton.

The Sophomore album from Banks, was MIDDLE CLASS. Dropped in 2016, “This album talks about my life growing up. Coming from a middle class family, I rhyme about how hard it is to get out of that class. This project also talks about how easy it is to sink down. This was my favorite project. I put a lot of time and hard work into this album. I was fighting a lot of demons during this time. I had the most money ever and had the most personal issues with relationships, myself, family and money. I was dealing with everything…all while trying to remain humbe. I needed balance during the production of this album”, states Banks.

“My current EP, WEALTH, is the album I did during a time where my entire life was on the up climb. My entire tax bracket changed for the better. I was more focussed on being a more responsible student , father, and citizen. This album talks about becoming more whole”, states Banks. This album was released in July of 2017. His featured single, “JLo To My Diddy” is out now. It also comes with a cute visual. The single is available on all platforms for download. “I was going through something with a female. I thought she was perfect for me. The whole single is about how I lost that situation. So I used Diddy’s song ‘I Need A Girl’ as inspiration for this track”.

When asked, “Where do you see yourself five years from now? Banks states, “I see myself on that “Top 5: Dead or Alive”; however, I will be alive. When asked to describe his personality as an artist, Banks states, “I am more of a modern day old school artist. People think I am from up northe, but I am southern. I see myself as the musical modern day Picasso”.