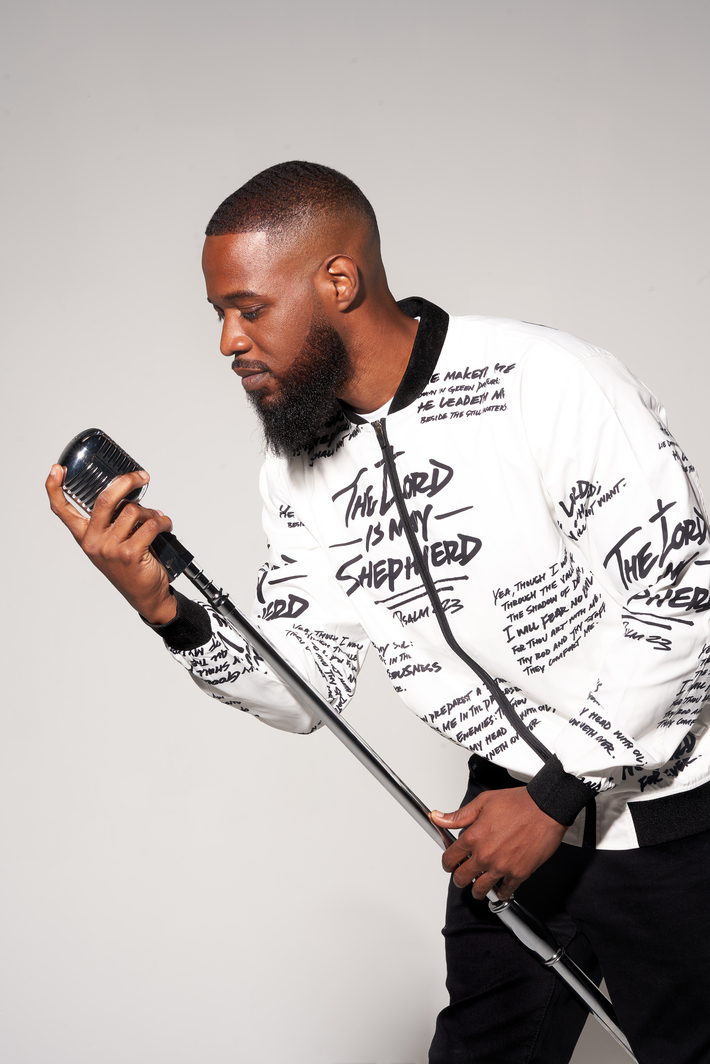 Brian Write is not your average “singer”. From a single parent home with three siblings, resources and time wasn’t on his side growing up. At the tender age of six, he was told he could sing. Brian was selected to sing R.Kelly “I Believe I Can Fly”, but that’s a whisper of a memory. When he was in the 4th grade, and he sung the second verse of Michael Jackson’s hit song “Heal the World”, he remembers stepping to the mic singing unaware of how good his voice was, but when he saw the teacher place her hand on her heart and whisper my God that kid can sing, he knew he had something. The rest was history, which became his “Introduction”.
Brian started doing music again when he got out of the Army. 2020 was the year that he decided to become a full-time musician. That’s when he hired a vocal coach, bought a keyboard, and enrolled in Full Sail University to bring that dream into fruition. He vigorously started to study and practice singing 6 days a week, both voice and keyboard. Brian learned how to apply his singing, study, and technique those three things helped him take the leap. The EP was birth during that time, and it was when he was going through his darkest moments it felt like at the time. It was a lot of pain, but it did birth Brian Write “The Introduction”.
Brian’s style when the listener first hears his work, it sounds so crisp, clear, and soothing. He has a mixture of an Usher twist to his approach. Speaking of twists, we asked him if he could describe his work in a mixed drink, what would it be and why- his response “Hennessy and Coke because it is smooth and it’ll def make you get in your feelings you dig!”
Brian prides himself in writing his own lyrics and telling his authentic story no matter who he offends or what the world thinks about him. He understands through making relatable raw and authentic music helps an artist connect more because someone is always going through the same thing.
Brian has a very promising future with the scales of music in favor of some new flavors in the singing realm. The question remains on how to build a career making money as a musician and not fall into the trap of just dropping music? He wants fans that are going to support his music financially and he wants it to be because his music touches their souls.
Go get introduced to Brian Write now!