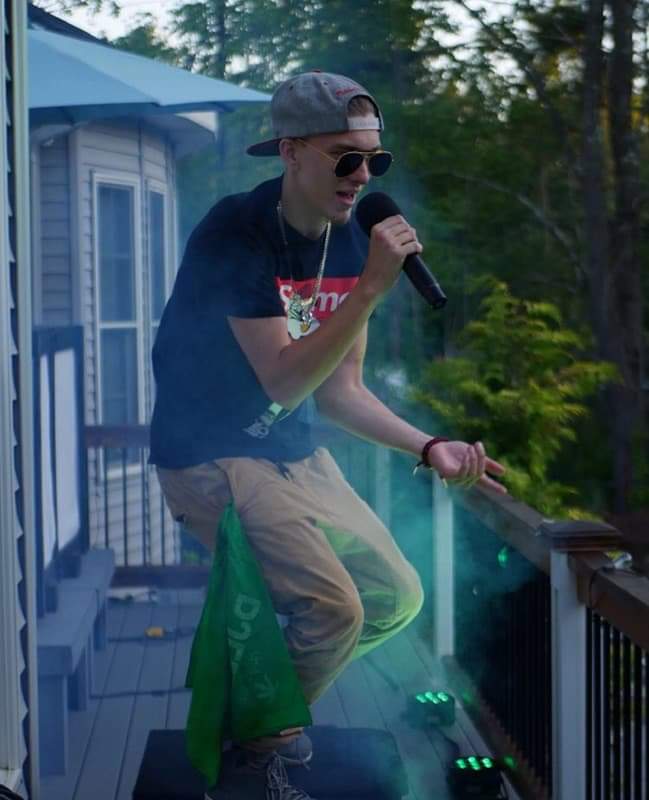 Today we sat down with DJLeach for a little Q&A Session
Q: Who is your biggest inspiration?
A: I have a lot of different artists that I take inspiration from on two different levels. One as an artist and the other just as a person in general. Some include YBN Cordae, Hopsin, Mac Miller, Wiz Khalifa, Childish Gambino, Chance The Rapper, and Post Malone. They all influence the music that I create simply because they are the music I listen to.
Q: Where do you see yourself in one year?
A: I see myself going nowhere but up. Doing more shows more collaborations, and constantly expanding everything from merch to social media.
Q: Where are you from?
A: I grew up in Upstate New York.
Q: How old are you?
A: 19, almost 20.
Q: Are you currently employed?
A: Yes I work in Albany, NY as an assistant manager and when I'm not working there I'm following my dream working on music.
Q: Are you working on any projects?
A: Now this is the question I’ve been waiting for. So for the past 2 years, I’ve been working on a full-length album over 20 song features on the project. A different feature on every track. Bringing together over 20 fanbase(s) onto one project as well. I'm super excited for what's to come in the near future. New music videos are one thing I'm very excited about because they are so much fun to make and it will be a blast hanging out with and getting to know the collaborators.
Q: Who is your top 3 of all time dead or alive?
A: Tupac comes to mind immediately and ironically followed by Dax who is an up and coming rapper himself that rings Tupac. He’s not just an artist with a following he’s got clearly good intentions and is really starting a movement so yeah huge shout out to Dax who I'll say it now I believe will one day go down as a great. My third greatest of all time would probably be either Eminem or J Cole.
Q: What are you in this industry for?
A: Well I wanna make some money of course, because I watched my parents live paycheck to paycheck all my life, I’m not about to do the same thing. I also just love music, anybody who gets anywhere couldn't have done it for the money without the passion, commitment, and love for the music. Not to mention although I wasn’t in it for my fans and supporters originally (because I didn’t have any yet.) I could never stop now. They've had my back up until now how could I stop?
Q: How long have you been making music?
A: I’ve been making music since I was a toddler practically. I actually liked breakdancing and hip hop dancing a lot and that’s how I got introduced to rap music from what I can remember. I didn’t start taking it seriously until late junior high.
Q: What’s your next move?
A: I will be in the studio finishing up the album then when that drops trust me you’ll now.
Q: Are you working with any artists in the local scene?
A: As I previously mentioned I am working on a 20 track album with 20 features on it. Some of them are local and some of them are not.
Follow DJLeach online
Website: www.DJLeachOfficial.com
Instagram: @DJLeach518