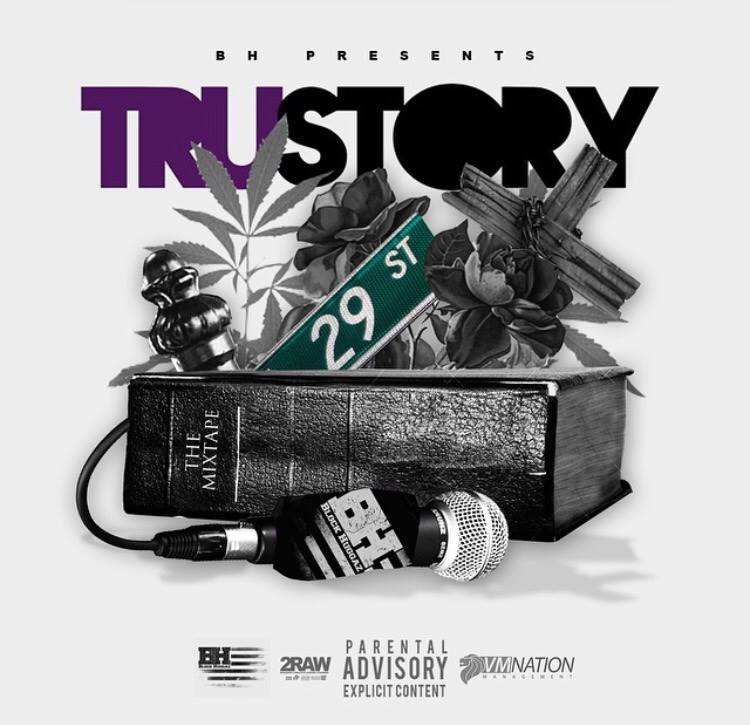 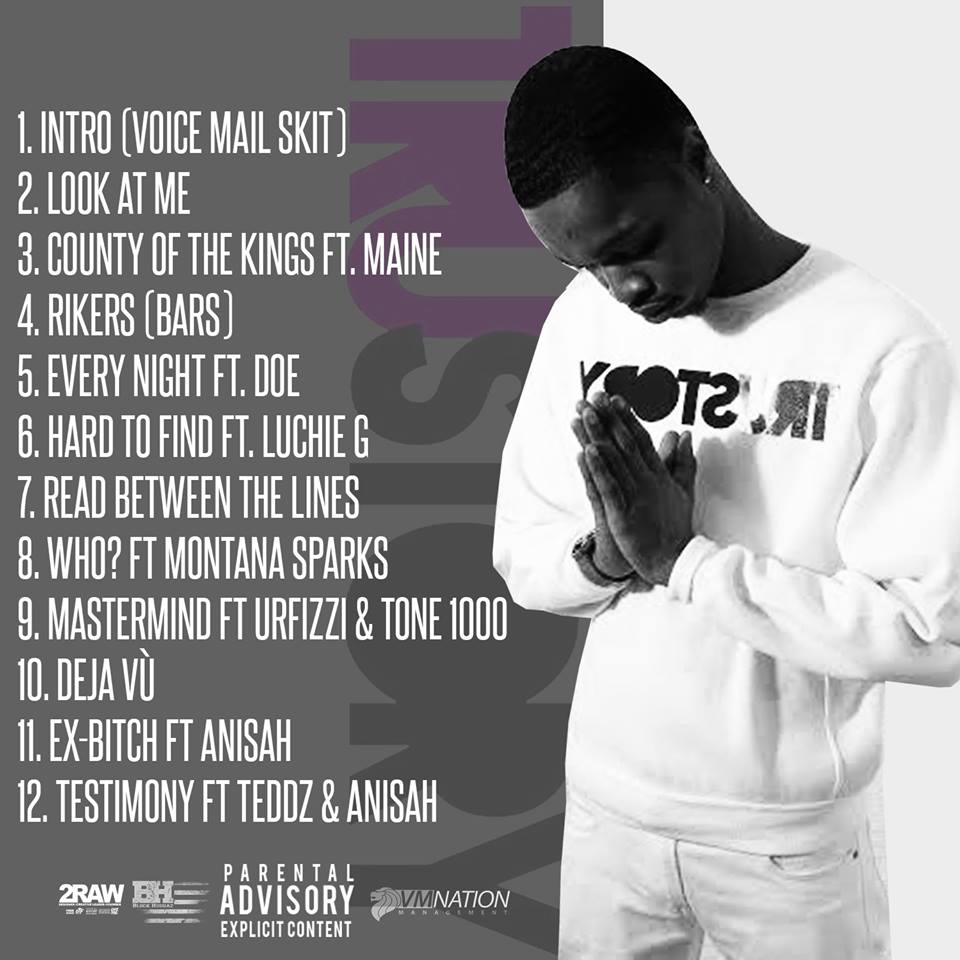 I enjoyed joining you in one of you studio sessions. Your song mastermind was powerful. What inspired you to deliever an outstanding message to the people? The song was actually inspired by Rick Ross' album "MASTERMIND". After listening to the album, I was kind of disappointed that he didn't designate an entire song to the mastermind concept he was trying to get across. I took it upon myself to make a mastermind titled single, and put my little spin on what exactly I thought was a mastermind in my own personal opinion. So I decided to get together with some fellow lyricist like myself so I hooked up with Urfizzi & Tone 1000 (BYP) the rest was history.

I see you titled your mixtape Tru Story. How was your life growing up in Flatbush Brooklyn and did your experiences influence this mixtape? My personal experiences growing up in Flatbush Brooklyn definitely impacted my mixtape in a major way due to the fact that certain songs on the mixtape were inspired by true events such as Deja Vù, Read Between The Lines, Ex-B****, & Hard To Find. I believe the more hardships a artist goes through the better his/her music will be, especially if they express themselves properly.

Who is on the mixtape and how was your experience working with them? I have a nice set of features on this mixtape such as artist as Montana Sparks, Urfizzi & Tone 1000 (BYP), Luchie G, a singer named Anisah as well as some of artist from the home team (290) such as Maine, Teddz, & Doe. I enjoyed working with all of these talented artist while putting together this mixtape mainly due to the fact that everyone of them brought a different vibe to the studio, whether it was said their unique styles, their passion for music, or just their level of talent overall.

How do you plan to get your mixtape in the hands of the people? I plan on distributing my Mixtape both digitally & physically rite now. Digitally, I'm looking forward to uploading it to all major hip-hop mixtape sites including Datpiff, LiveMixtapes, & Audiomack for starters. Physically I plan on packaging my mixtape with other TRU STORY merchandise such as T-shirts & lighters, that way since the mixtape is free I can still bring in revenue for the simple fact that Im selling other merchandise at the same time.

Do you find it hard to get support from the people you know? Why or why not? I definitely find it hard sometimes for the fact that your friends and family in most situations don't believe in you until another individual does sometimes maybe even a stranger. I believe the ones that see and understand your vision will believe in your dream, oppose to the ones who are naive to what your trying to accomplish. In my opinion support should be given automatically once the individual is passionate and determined with what he or she is doing.

What do you think the people will enjoy most about listening to your new mixtape? What I believe the people will enjoy most about my mixtape is that I'm actually telling my story. As a consumer, when you play music you want to hear something genuine as well as a strong point the artist is trying to get across. I feel with this mixtape, especially the fact that it's my debut that I fulfilled every area that the public taps into when listening to the general hip hop mixtape. For example, I have songs for the ladies, street based tracks, story-telling, and collaborations with some of Brooklyn's upcoming artists.

How do you look to change the world with your art, talent, and gift? I simply look to push and motivate under privileged youth like myself to reach for the stars, meaning anything you want to achieve in this lifetime is at your fingertips. As regular people we sometimes look at the stars on our television set and think to ourselves that we can't to be both successful & wealthy, when in all actuality the person were watching probably started out if not the same, but even in a worst position than us. So that's how I would change the world with my art, talent, & gift.

If you could get signed to any label which one would it be and why? If I can get signed to any label at this point in time I would choose to sign with Epic Records. I would sign with them mainly due to the fact that there in the groundwork stage with their label, making artist development one of their specialties. At this time that's the most important thing in my opinion for an upcoming artist.