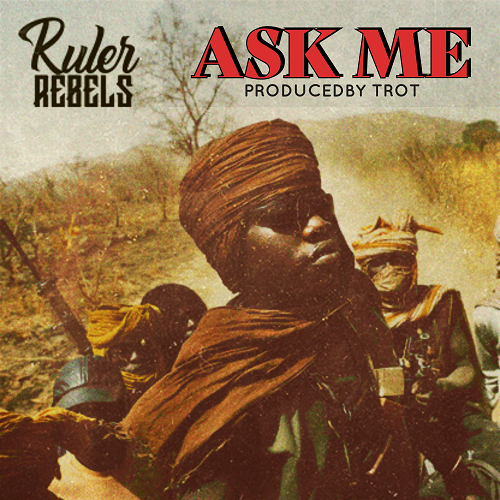 RULER REBELS is a collective based out of Norfolk, VA, lead by producer TROT and artist Falasha Uhuru. Their new single "Ask Me" is a credo to their wild, unorthodox ways and a war cry to all the fellow rebels around the world. The video was directed by crew member Rich Angles and the clothing was made by Spaceman, the group's fashion cultivator.… 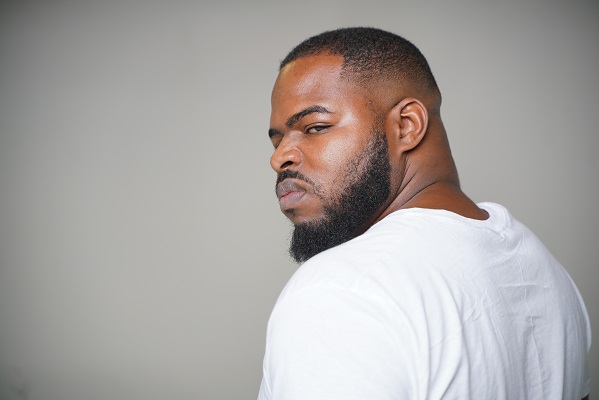 "SQoot", born Dorrell C Smith on March 20, 1986 in Chicago, Illinois spent his younger years in San Diego, CA. He returned to Chicago at the age of 13 After spending several years in San Diego. Shell-shocked upon his return, SQoot experienced gang violence, a failing school system, and broken home. He used music as an outlet to get away from the harsh reality. While maintaining focus and graduating High School, Mr.… 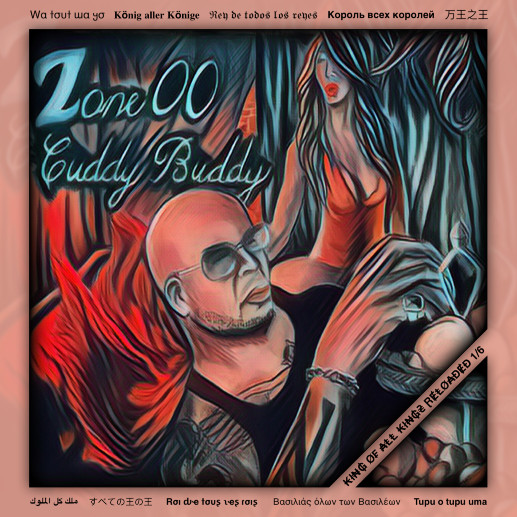 In a crowded culture that constantly clamors for more quality content, Donteau “Zone00” Mazone stands out from the rest.

That sounds cliché – the kind of statement one makes in hopes of gaining a measure of extra attention. And in a world that sees… 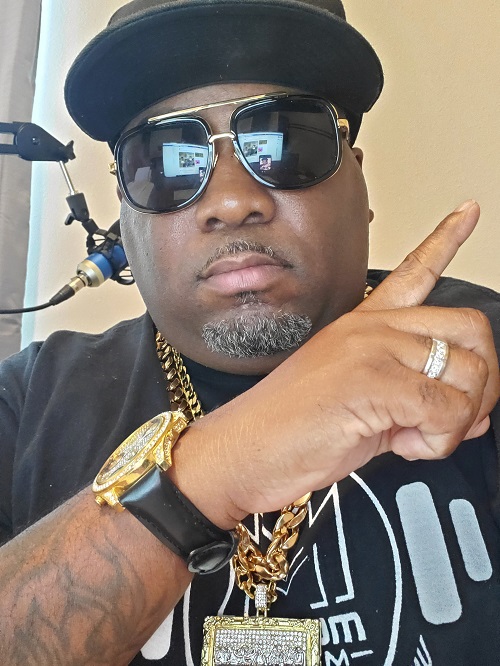 United Music Mafia is introducing a New Breed of Music 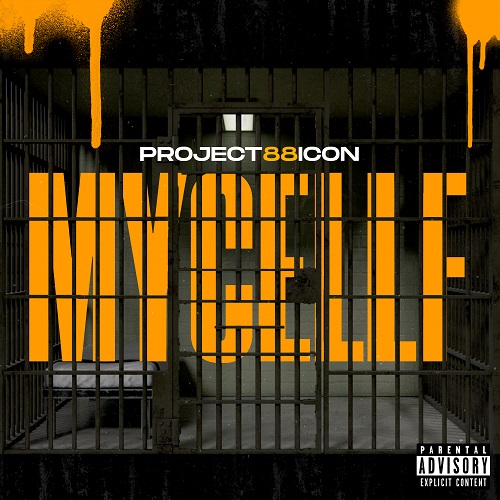 Hip hop artist, Project88Icon just released his new single "MyCellf". Hailing from Dallas,TX Project88Icon is taking the industry by storm with hard hitting releases that are a breathe of fresh air in the over saturated hip hop music scene with a unique style and undeniable flow Project88Icon is soon to become one of the industries rising stars!… 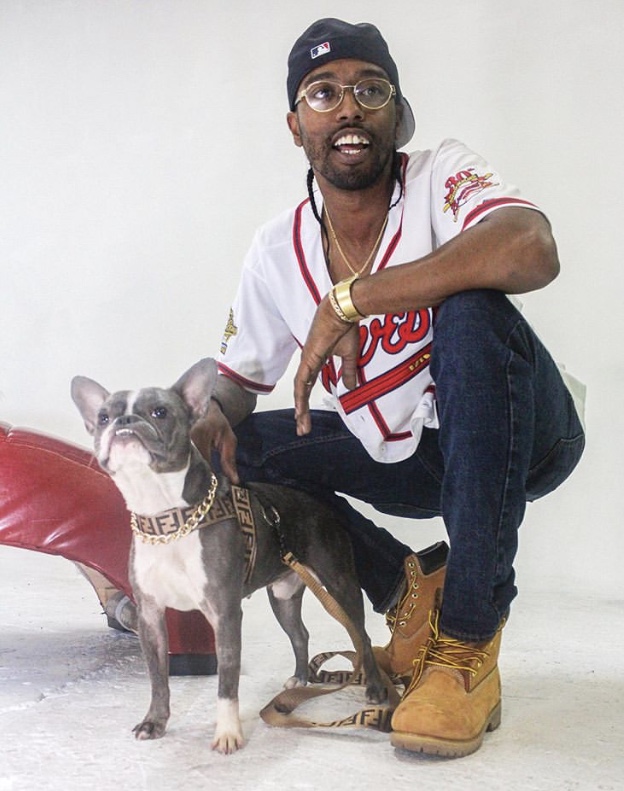 Griffin, GA’s rising star King Elway just released his “So Soulful” music video produced by super producer Black Metaphor and shot by C3nturii. This song is off of King Elway’s “So Soulful” project which has over 150,000 streams and it’s success contributed to a number of merch being sold by the Kream Team representer. Recently Elway joined forces with Clay… 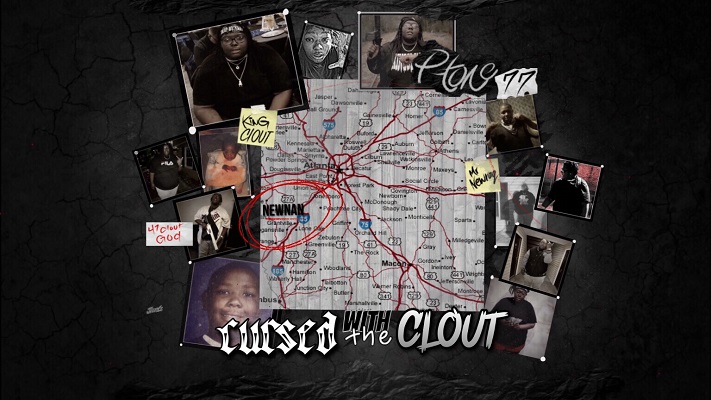 Directed by Mob Qua Mixtape Cursed with the Clout out now 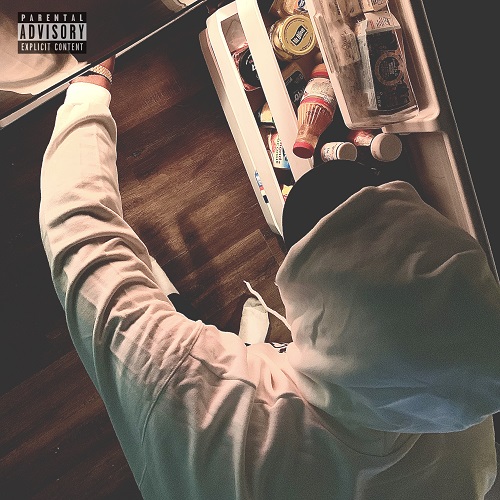 For some artist it’s like finding a needle in a haystack, but this is not the case for GrapeSoda Henderson. Coming off his second project “Late Night Breakfast Dinners”, GrapeSoda Henderson once again displays his smooth, effortless flow with noteworthy lyrics and a smooth vibe to match. The Carrollton, Georgia native showcases his West-coast influence mixed with the vibe of…

[Video] OutWest Wade - Off Somebody [Dir by Tonii The Shooter]

Visual Brought to you by Tonii The Shooter 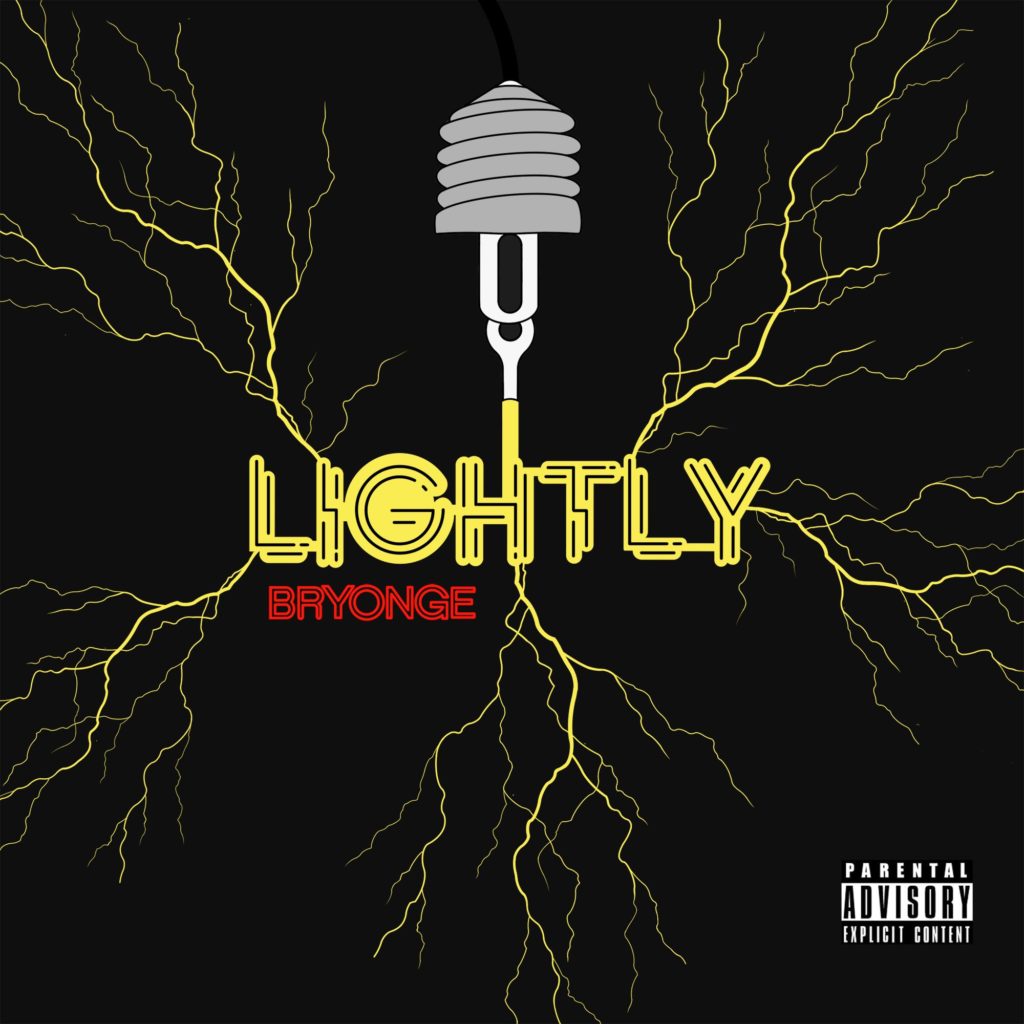 Upcoming artist, BrYonge is pleased to announce the release of his new single titled "Lightly". Hip hop has always been very forthright and detailed in its outlook, which has presented to the world some of the culturally rich song streams. Toronto, Canada native BrYonge is a breathe of fresh air in the over saturated hip hop music scene with a unique style and undeniable flow…

[Video] Isabell Slim - Is That Him | @Is_ThatSlim 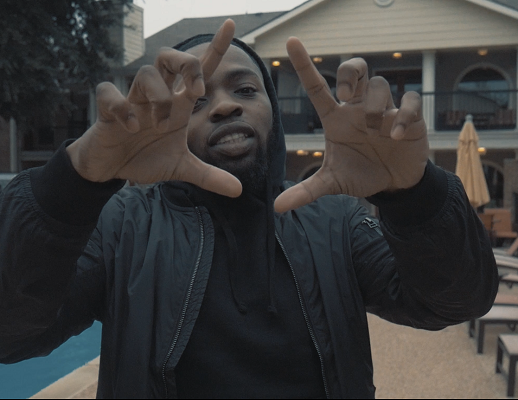 After Getting Over 30K Views On Youtube On His Pervious Video “Isabell Life” Buzzing Louisiana Artist “Isabell Slim” Drops A New Visual To Another One Of His Hit Singles “Is That Him” That Already Has Over 30K Streams On Spotify.

[Single] The Messenger - Stay Up | @__themessenger1 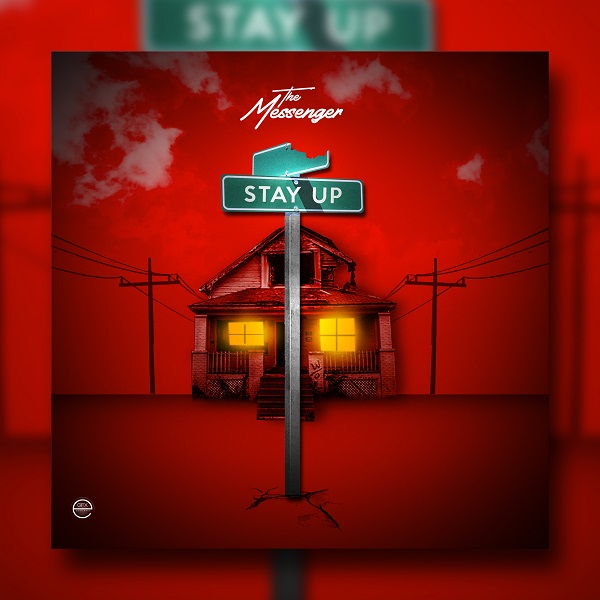 Stay Up comes from the heart. It is the introduction to who The Messenger is, where I come from, and where I want to be. Stay Up is motivate the listener to know that no matter the situation and what people have to say, Stay Up and keep it moving.

Dannyland brings it from his soul with single "Yellow" @Dannyland815 As a male artist in a relationship, your better half worries about you being with another woman while on the Road. When a true artist is focus and has a rider by his side, the only thing on his mind is getting to this money.

Coming out of Rockford, Illinois, Dannyland is that dude doing just that. Linking up with Producer N Soulbeatz, together they deliver something for the ladies… 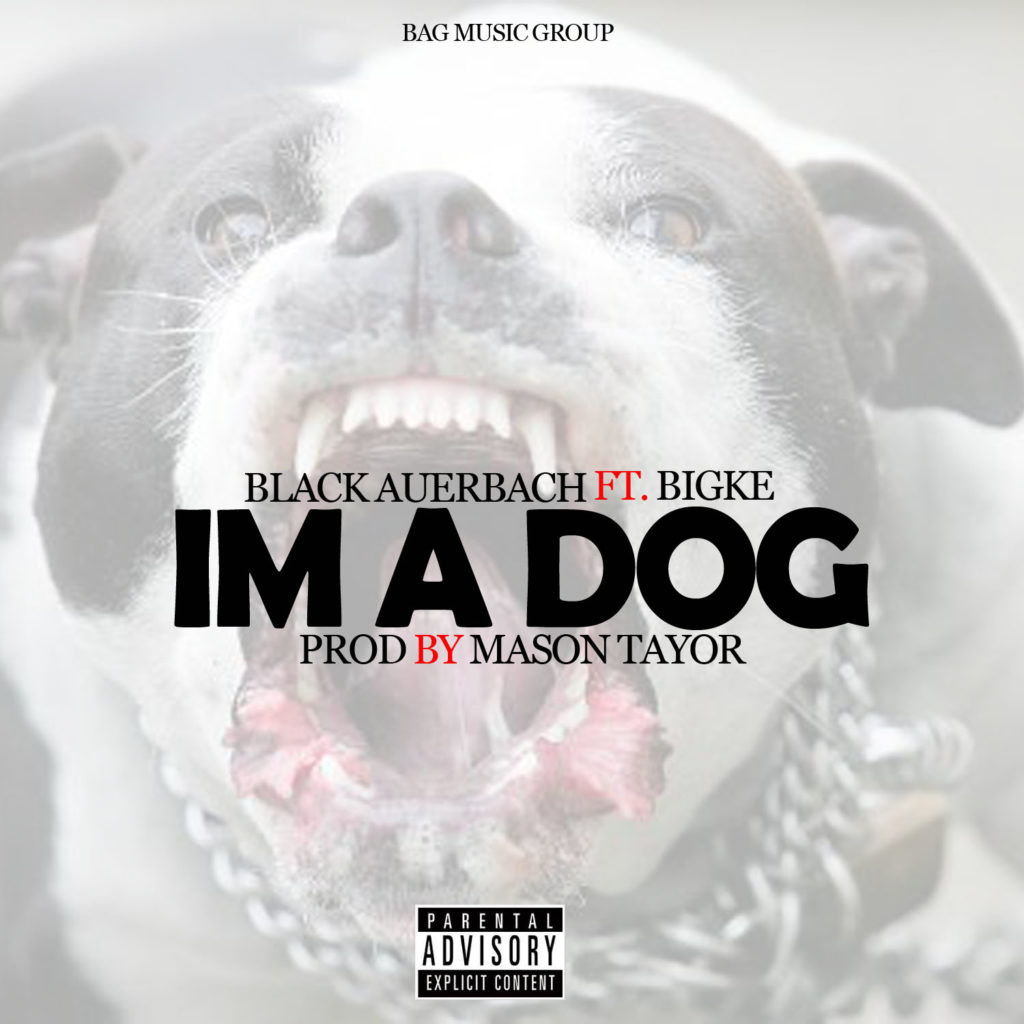 After watching his older brothers travel and take there music to other regions BigKe set back a waited his turn to try his hand at music. So the 18yr old artist from Fredericksburg Va recently hit the studio for the first time to record his new single IM A DOG. Recently released under the Bag Music Group imprint Bigke first ever single was released on all streaming platforms and is doing better then expected. Look out… 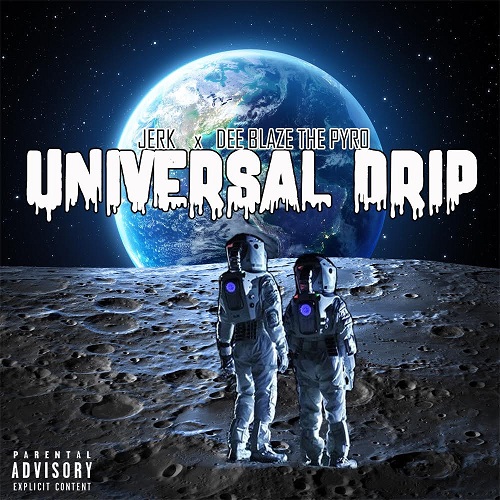 Dee Blaze The Pyro takes us on an outer space trip with co-pilot Jerk for this trippy intergalactic tune. Streaming on platforms everywhere like a rocket ship!

New Musical Group Ziggwe215 forms in the mist of the Pandemic 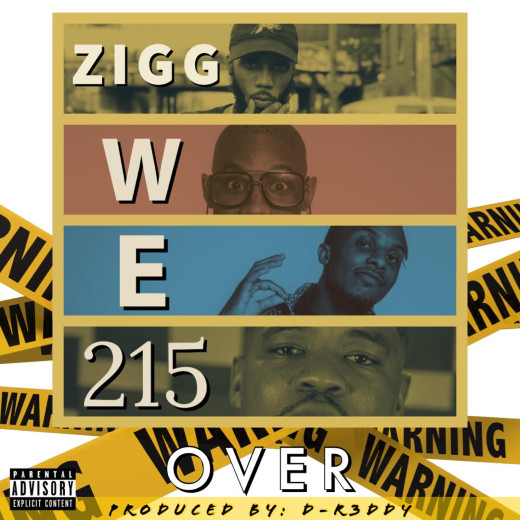 New Musical Group Ziggwe215 forms in the mist of the Pandemic

From the darkness comes light. While everyone is on quarantine, emerging tri-state entertainers Zigg the Artist; Mewe & Son of the 215 decided to collaborate on a project that will be the soundtrack to the new world we are living in.

Each artist coming off successful…

Son of the 215 Drops another heater via EQ Distro Trap Keep Winning! 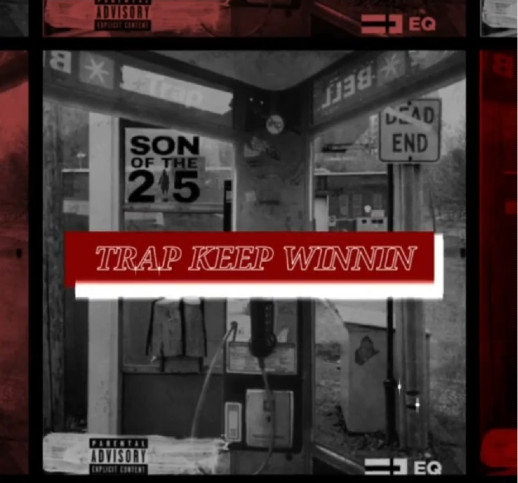 When you're in a relationship there is no book that tells you what to do and what not to do. Sometimes your plan was to not get in a relationship at all but when life has other plans you may define it as a "CrossFire" Munch is that artist who caught herself in between not wanting a relationship and realizing that she did. By the time this happens it’s already too late as she talks about the many mistakes faced in her single…
Continue 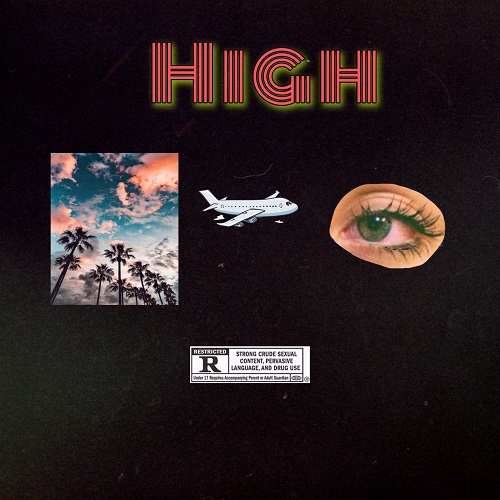 Up and coming hip hop artist, Sparky Imperial just released his new single "High". Hailing from Silver Spring, MD Sparky Imperial is proving he’s a force to be reckoned with and its time to make room, because he is showing no signs of slowing down! His unique style and undeniable lyrical talents will leave fans wanting more. 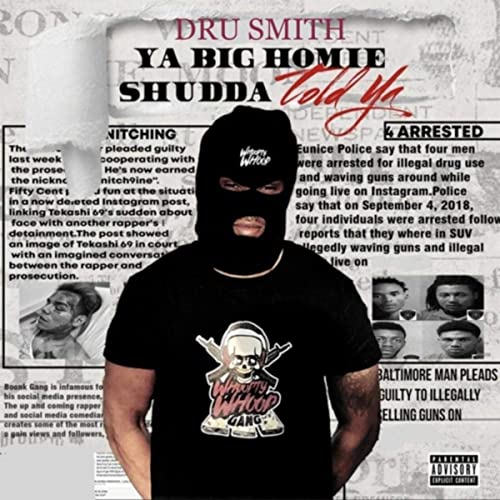 Independent hip hop artist, Dru Smith just released his EP "Ya Big Homie Shudda Told Ya". Hailing from Atlanta, GA Dru Smith is a breathe of fresh air in the over saturated hip hop music scene with a unique style and undeniable flow that will leave fans wanting more.