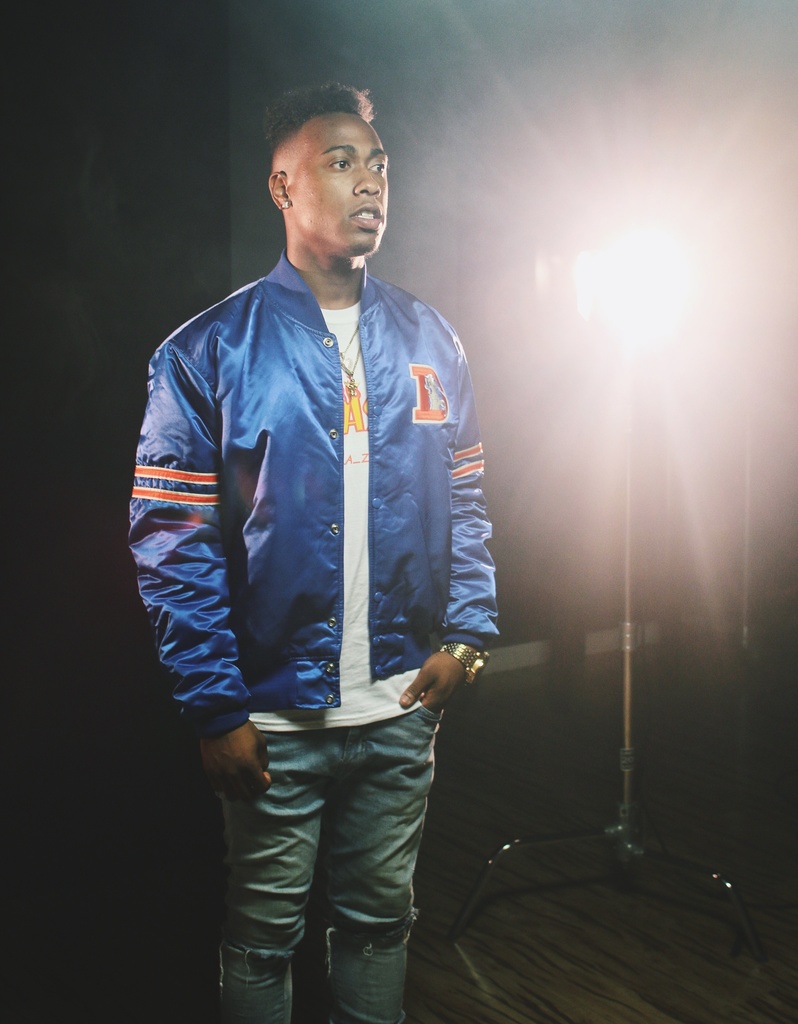 Currently Lil Leek has been working closely with "Hitmaka", grammy-nominated producer Yung Berg. He is featured on the smash single "Fire" alongside Alternative R&B/Hip-Hop/R&B smooth crooner Harmoney and seasoned, industry great Jeremih. Lil Leek also has two new super-hot tracks "Alone" and "Dancin" also produced by Yung Berg that are set to come out early this fall. Stay tuned for the heat!

Lil Leek initially hit us with "Weekends" ft. Top Dolla Sweizy which gained intense notoriety on the mixtape kingdom: Spinrilla. Then the young rapper brought us the turn-up anthem "The Juice" available now on iTunes. Now Lil Leek is back on the Spinrilla spotlight singles page with the new Hip-Hop banger "Baller".

In this new track Lil Leek is encouraging the ladies to step their game up and take their love life to the next level. He suggests they avoid the "lames" and seek out a "baller" to furnish a more extravagant lifestyle. This high-energy track is fun and clever, encouraging dancing and laughter simultaneously. The sound provides an all around good time.

The feedback thus far has been tremendous and his consistently growing fan base is a clear indication to get comfortable and catch the wave, Lil Leek is gonna be around for awhile.