APRIL ONEILL is a singer,-songwriter & producer currently based out of NYC. Known for her 90's infused crooner-like vocals and ability on the keys, has made her a standard go to for many producers and artists alike, looking to collaborate on their own music. Her notoriety and ability to facilitate various elements of music production have quickly created a demand for her own. APRIL ONEILL has released a few teasers over the last couple of years, but listeners will soon have to wait no longer, with the highly anticipated release of her debut EP; "Inventing ONEILL" ONEILL's production is clear and apparent through out the entire project, giving it a cohesive and fresh defining element. Her creamy and well assembled vocals lace the project giving it its "cool, calm and reflective" break-up tone. Whether you're alone in your head-phones or just cruising in the car, the smoked out bass lines and lyrics establish a relatable relationship beginning to end. A tune symbolic for any listener. ARTIST NOTE "I wanted to create a character, someone that anyone; male or female, could associate with. It needed to be less about me as a person and more about the story that this character "ONEILL" is going through at that time. The recording process was extremely difficult for me both musically, and as a woman. I changed a 100%. But I needed all of it, the whole process; the good and the bad. When I started recording the project, emotionally, I felt solid. I couldn't figure out where all this baggage and music was coming from. And then my personal life blew up in my face, simultaneously, at the end of it. So I'm there, with this incredible collection of music and all I can think is, "Damn, I don't even want anything to do with [music] right now". I had put my money, my time, my soul into something and it was tainted; felt like such a waste. It was uncomfortable, ugly and embarrassing. And then I listened back to the whole thing, a few months later; all of the sudden it was like complete clarity. I realized that all the subconcious-personal crap I hadn't spoken about, the stuff I had swallowed and swept under the rug, had seeped out anyway. I just needed to own it. Listening to the EP, again, was like hearing about the obvious for the first time- my own life and my music made sense to me now. Releasing the music means emotionally I get to let go, that someone else can find comfort in that moment and move on, too. And you don't get to be selfish with the music anymore, once you realize you have power like that to offer" - april oneill TRACK CREDITS ONEILL debuts the upcoming project with "THE WORD". song & production by APRIL ONEILL @apriloneill__ (**double underscore) additional production by ECKZ @eckznyc_ mix by Mikaelin "BLUE" Bluespruce @mixedbyblue recorded at NIGHTLIFE Production Studio & ONEILL's HOUSE mixed at LOUNGE STUDIO 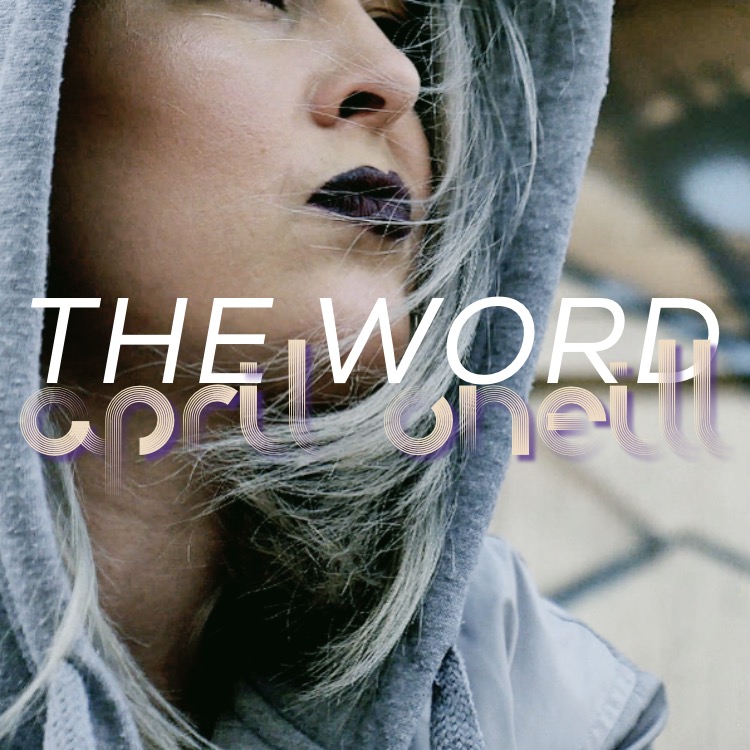