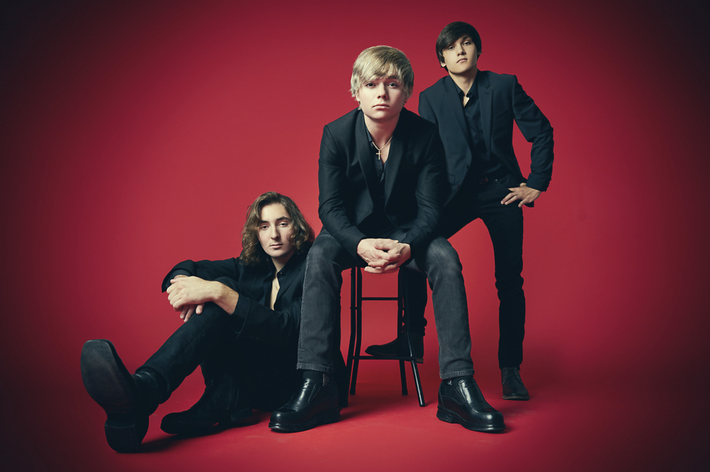 All members of the up-and-coming rock/pop band Milou Sky are still in their teens. So it’s a bit strange to hear them cite The Beatles as a major musical influence. After all, their parents probably have not even met yet when the Fab Four decided to go their separate ways. The Beatles, however, did play an important role in the band’s formation. Stepbrothers Ryan Beckett and Zach Ninfo, the band’s vocalist/guitarist and drummer respectively, bonded over their mutual love of the band from Liverpool after initially hating each other when they were kids. Musically, stamps of George Harrison’s guitar playing is present in Beckett's riffs.

A quick view of the band’s Instagram account - which has more than 100,000 followers - gives the impression that it’s partly an online shrine to John, Paul, George, and Ringo. Milou Sky is not a Beatle’s tribute band, neither are they stuck in the past. On the contrary, the band is firmly grounded in the present with their sights locked straight ahead to a bright future. The band has just released their debut EP called Compromise, helmed by award-winning producer Robert Cutarella who has worked with legends such as Eric Clapton, The Police, and Keith Richards. The band’s debut single, also called Compromise, currently has close to two million streams on Soundcloud.

Milou Sky may love the Beatles but they are not the band’s only influence. In fact, the group’s sound is a result of an eclectic mix of inspirations that crosses a wide variety of musical genres. Beckett’s interest in music was actually sparked by an Eminem song and he still listens to rap and R&B. “It’s important to listen to a lot of different music because it can influence what you write,” he said. “We're inspired by the music we like, and we feed off of what we hear to create our own songs and sound." Liam Meadowcroft, the band’s other singer and rhythm guitarist, earned the respect of the stepbrothers when they learned that he’s into Nirvana, Oasis, and Arctic Monkeys. His brother Nolan, the band’s bass player, takes musical cues from Kings of Leon, U2, and XXXTENTACION. Among contemporary artists, the band names Billie Eilish, Post Malone, and Justin Bieber as musicians they look up to.

Having a world of influences has resulted in a sound that is uniquely Milou Sky and their EP is a testament to this. “The EP showcases the collection of styles that we mashed together to create our sound,” Beckett shared. It’s the band’s uniqueness that has endeared them to their loyal fanbase, composed of individuals who are as diverse as the music the band listens to. “We look different, we sound different, that attracts a wide variety of listeners,” Beckett explained. Just like the rest of the music industry, Milou Sky is temporarily grounded by the COVID-19 pandemic. Most of their live gigs got canceled because of the resulting lockdown. But the band tried to remain productive even while under quarantine. They wrote new materials and rehearsed regularly so as not to get rusty as they plan to release more music this summer. Follow them below for all updates.