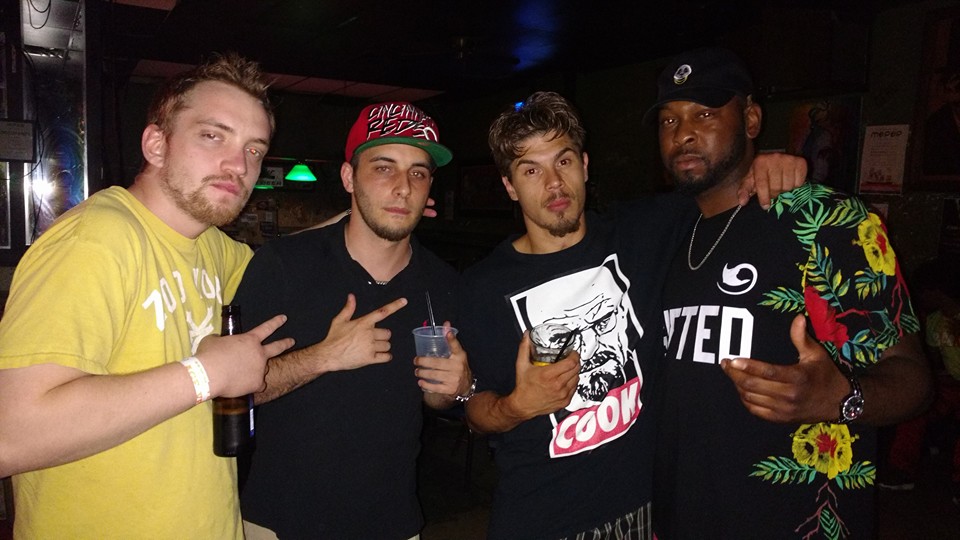 Lets take a look at Beats Bangin Entertainment, From Lansing Michigan, With all the buzz surrounding them from the year they had in 2016, From there inspired performance at Lansing's Common Ground 2016 With French Montana, A$AP Rocky & Icewear Vezzo, To rocking stages In New York City, Cleveland, Minnesota, Wisconsin, Texas, Chicago, Atlanta & Miami, All Hitting Stages With The Likes Of Many Strange Music Artist, Curren$y, Scarface, Snow Tha Product, London On Da Track, Lil Wyte, Jelly Roll, Do Or Die, Kirko Bangs, Shy Glizzy, Dae Dae And
Leading the way by there managers Blake Wilson & Daniel Watters the tandem duo are probably the best networkers that the music industry has today, The way they make things work, and the way they get things done is very impressive, Now lets go over the artist they have on the label..

1st They have the VP of Beats Bangin, "JMO" has probably the most energy on stage that we have seen In years, Similar energy to lil Uzi Vert Or Danny Brown but with a more aggressive flow sorta like kendrick lamar, He released his debut Mixtape "Perfect Timing" available everywhere, And that alone has his buzz building across the United States, 2nd We have the street artist "Struk Eze" Again with similar energy but way different lanes, With Struks music he can reach a whole different fan base, There comparing him to Dave East, Curren$y, Nas & Nipsey Hustle, With his 5th project "Street Poetry" all ready out, that's considered one of the best mixtapes of 2016, We expect to see Struk Eze on the XXL Freshman list for 2017 or 2018, Now They also have Nutso E Money who is a prolly the most profitable out of them all with his radio style producing skills similar to Zaytoven x Swizz Beats Vibe, But he also writes and has multiple mixtapes out, And has produced for Ca$his from Shady Records, Kutt Callhoun And Many Others, We expect his "No Fiction 3" will reach Gold on datpiff among other sites, Next we have Eazy Tha Ghod straight from Chicago bringing his very catchy Hooks & Ear Catching flow, His Debut mixtape features heavy hitters from strange music, Shady Records And more, Beats Bangin Ent also has one of the most talented Females on her way of to a surprising 2017 year Kathleen Albany has a magic voice and also the looks to cover any magazine on the shelves.

We expect alot out of Beats Bangin Ent this year, they have so much talent, And with the unexpected passing of there manager Daniel Watters, Blake Wilson quoted "Everything we do is with a purpose to carry his legacy, All Daniel wanted was for Beats Bangin to make it, And that's what were going to do, Were doing this for him" Blake Wilson Also a artist has 2 projects releasing this year loaded with features, We expect his success to carry into his plans with his own label and putting his artist in better positions.