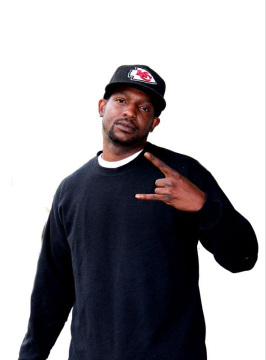 You'd think being a musician in 2016 would be easy with all the technology artist have access to. Truth of the matter is it's more difficult now than ever before. Being an artist takes sacrifice, commitment, and hard work. Urban music more specifically hip hop is a genre of art that reflects a particularly real life struggle for a large group of people. Now add to the fact that you're from an area that hasn't produced much in the last decade, and it makes life that much more difficult. This is what Feelmore Slim brings to the table.

Born Shawn Sims from the "Show Me State", but going by the stage name Feelmore Slim. He produces street conscious hip hop. A genre which reflects his upbringing. Feelmore pushes the envelope as far as he can raising social questions, but also having a feel good time with his music.

Feelmore Slim has only been doing music for two years, and has already collaborated with industry heavy weights like. In fact his song "100 Grand" is doing exceptionally well for an indie release.

Feelmore Slim is young in his career, but charismatic, soulful, and lyrical. All the ingredients to make a young man from Missouri into a star in the music industry. Influenced by the new, and older legends he wishes to one day become one of them.