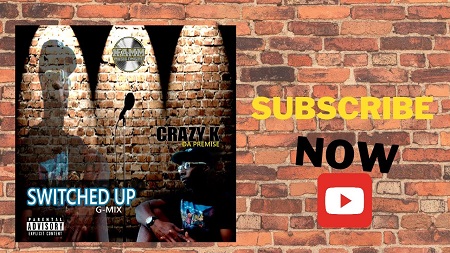 Alabama rapper Crazy K is familiar with the hustle and the tough grind it takes to climb up. In “Switched Up”, he pens about the hard times when he was “down bad” and how he learned who was really there for him.

Over the last year, Crazy K has stepped up his music game and released several new tracks including “Ain’t No Telling”, “Dying to Live”, “Sometimes”, and more.