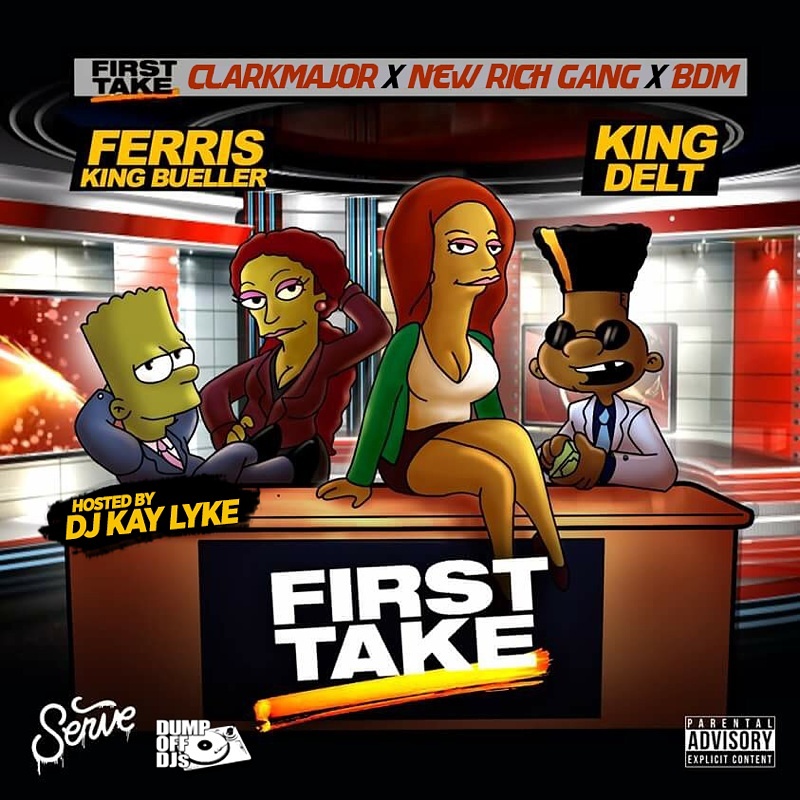 Up and coming artist: Ferris King Bueller, rock star or innovator? May be both!

Ferris King Bueller, a 22 Year old rapper who’s a mixture between Wiz Khalifa and Chief Keef breaks out with his first released tape “First take.”  Bueller was born in Richmond, Virginia and attended 3 different middle schools and 5 different high schools growing up before dropping out of high school. “I use to play sports but after I realized I wasn’t going to attend college or make it into the NBA I started getting high looking at Wiz then Keef came out so I decided to combine their styles, that’s when I fell in love with music,”- Bueller. Ferris style is definitely different, you have so many rappers that are the modern day rock stars, and by far Bueller has that status and more. His newly released Mixtape “First Take” which features another Richmond Native, King delt, definitely backups that notion. With the catchy no filtered hooks and hard beats “First Take” is something you will not want to pass by. King delt, a 25 year old rapper who’s been gaining national buzz for a few years now adds his own style to the tape that’ll definitely have your head nodding to every last word.  He is inspired by Future and Gucci mane, and wants to inspire others with what he’s been through. “Things I been through, people wouldn’t understand, coming from where I come from, ain’t no hope. First take is pretty much what it says, we first! Taking everything in life!” – King Delt

Connect with them: IG: @creightonrdkingdelt_bdm