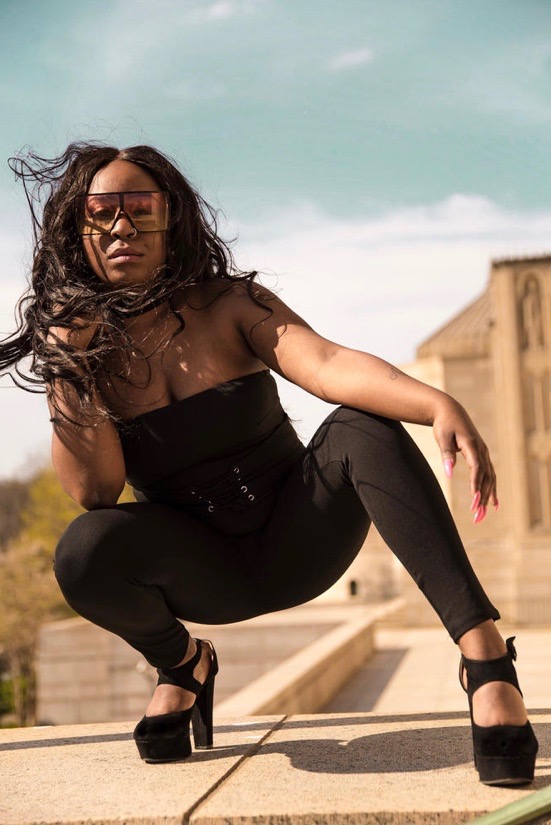 BALTIMORE, MD – There’s a new female powerhouse lighting up the music industry, and her effortless blend of singing and rap is a refreshing display of artistry that is grabbing the attention of people all over the U.S.

Dria The Artist is a hardworking singer, rapper, songwriter and actress who is already starting to make a mark in the same vein as some of her favorite female legends such as Brandy, Erykah Badu, Lauryn Hill and Eve. In fact, her natural blend of singing and rap has had many people compare her to Eve or even Missy Elliott. But those skills behind the mic are only part of the total artistic package that comes with Dria. She also has had success as an actor, landing a recurring role on the fourth season of HBO’s “The Wire,” for instance. She parlayed that success into opportunities to record music with other young women and was eventually signed to Lil Mo’s Honeychild Entertainment. And after a few years of success with the girl group, she is now branching off on her own to release her first solo EP “Nuclear”.

“This, for me, is not just talent that I have to show off to impress someone,” she said. “It’s a story I need to tell it’s a journey in which I’ve learned so much from. I’m ready to touch all through entertaining. Everything I put out before wasn’t necessarily working the right way for me, and now I want to go about it the right way and show people that I’ve been doing this for a long time and I hope they can feel it and hear it and see what has made me successful for so long.”

The edgy yet sultry performer said finding herself through the process of making this EP was one of the best things she’s ever done with her life. For the longest time she dedicated her career to only singing, but as she began writing songs for this project she found herself rapping a lot of the lyrics just as a natural expression of her feelings at the time. It was like a lightning strike of inspiration when she realized she should fuse the two and bring something fresh to the ears of her listeners.

“I’m writing music and going off emotion and feeling,” she said, “so I might start off a rap song and next thing you know I’m singing and it just makes sense. It might sound like a feature at first, but it’s me going back and forth because that’s how I felt when I wrote that line.”

Her single “This Ain’t What You Want” is a perfect example of that unique style. It’s a rap song in which she sings on the hook. Her flow on the song is reminiscent of some of Eve’s early work, but when she hits the hook and her vocals open up the listener can’t help but smile with how her powerhouse voice fills up a room. Another single, “Spazz,” does similar things with fusing singing and rap, but in reverse order. She sings the majority of the song, which has a trap vibe, and effortlessly flows into some rap to emphasize her point about being serious about doing what she’s got to do to get what she wants.

Both singles will be available on the new EP “Nuclear”, which is set to drop later this summer. To listen to Dria’s music, or to follow her on social media, please visit: