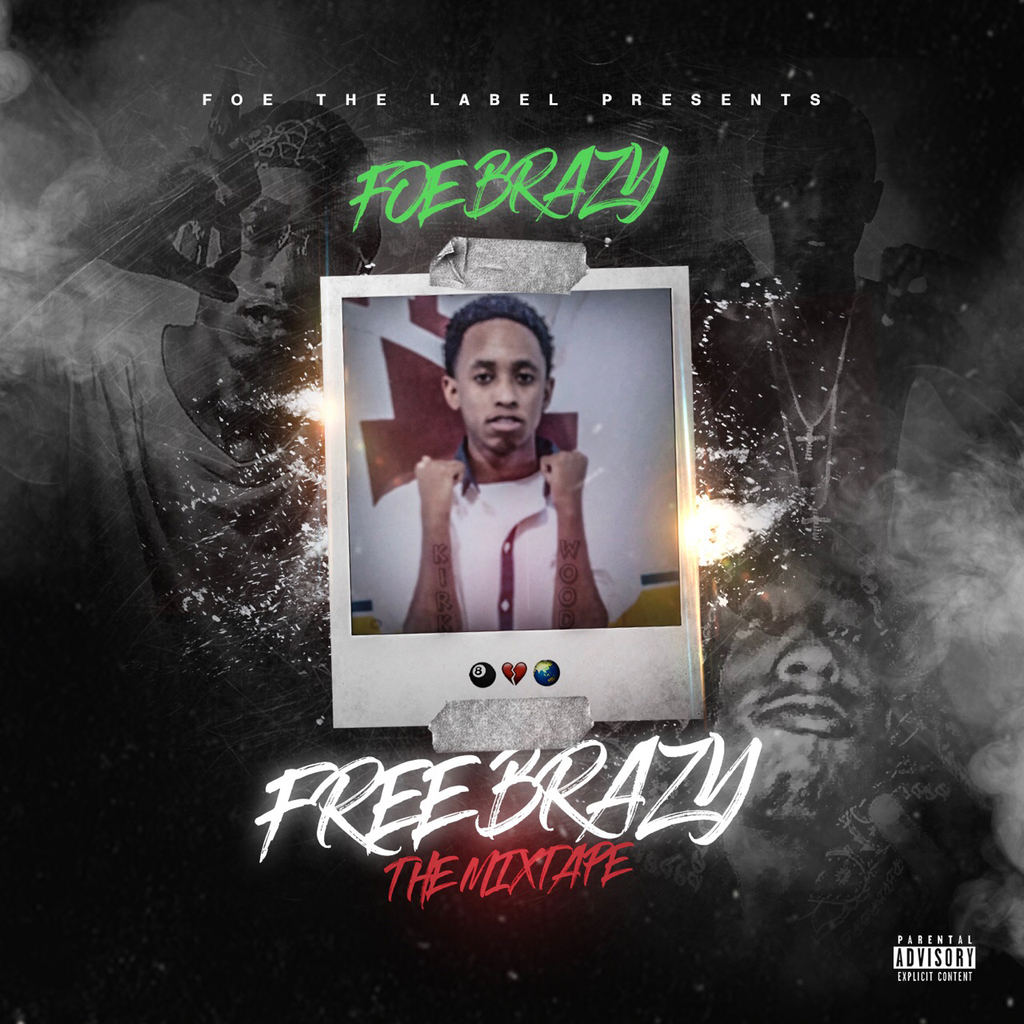 ATLANTA, GA – The Kirkwood Community of Atlanta, Georgia is known as a place that has produced some of hip-hop’s greatest artists – perhaps most notorious among them being Future. And now yet another great artist is making his way out of that neighborhood and making a big splash in the industry.

The artist’s name is FOE Brazy – the first part of the name coming from the label he’s signed to, FOE, which stands for Family Over Everything. Brazy is a 20-year-old rapper who is catching a lot of people’s attention, including record executives who are eager to get behind him early on in his career. Currently Brazy is in Fulton County Jail on parole violation. His newest release is a mixtape called “Free Brazy,” which nods to his current life situation. It’s a project that tells his personal story of growing up on the streets of Atlanta, getting in trouble with the law and trying to find his way out of a poor lifestyle through music. It’s also a project that will have features from other label mates, all of whom are family members.

“He’s basically giving his life story,” said Nookie, Brazy’s cousin and manager. “He got into trouble at a young age and did some time. He’s not glorifying that with this music, he’s really trying to right his wrongs with his music. He has a gift and he’s able to use it. We all knew he was into music from a very young age, but it wasn’t until he was in prison (at age 16) that he started to write about the experiences he’s been through. There’s just something about the way he tells his story – when you hear him, he’s different.”

Brazy was arrested at age 16 for armed robbery. He took a five-year plea deal, but got released early on parole in early 2017. After his release, Brazy started going to the studio to record. The first song he ever recorded was “Dreams,” a song produced by a childhood friend, super producer Quay Global. It’s a true story about his life, telling listeners why he went to prison and the consequences of his actions. He followed that up with his first EP, “Real Rap No Cap,” in December 2017. The lead single from that project was “Brazy Way,” produced by Cassius Jay. It is still in heavy rotation in clubs all throughout Atlanta.

And now, with “Free Brazy,” he hopes to let the world know who he is and what he’s about. It’s a project that Nookie said will announce to the world that there’s a hot new artist and he’s here to stay.

“We’ve already got some good feedback from radio stations about this project,” Nookie said. “One of the things everybody likes about him is that he has a melodic flow. He’s not really singing, he just has a unique delivery. He’s an Atlanta rapper, and they’re not usually known for their lyrical wordplay. But he has both. He’s very lyrical, in a way that will make you say, ‘He’s kind of smart. He’s not dumb. He’s talking about real life stuff with real life music.’ He’s more ofa street artist, for sure, but the crossover appeal is definitely there with the melodies that he has. And he’ll switch it up on the tracks, so you can hear that radio-ready sound alongside the street sound. Just kind of gives you a little bit of everything.”