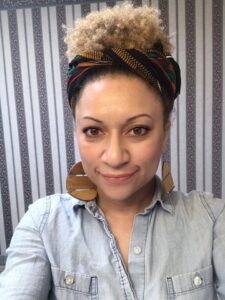 We should celebrate black history beyond just February.  With all the major contributions that Black Americans have made to American history as a whole, a mere 28 / 29 days is not enough to pay homage to all the great milestones and achievements black people have made throughout the decades.  The K’rena Bhails shop, a black owned and operated store dedicated to promoting positive black images, commemorating historical black events, and encouraging black love has released various sets of exclusive merchandise, apparel and items to ensure that black history is celebrated all year round and not just during the coldest, shortest month of the year.  K’rena Bhails has merchandise and apparel showing respect to political leader Stacey Abrams, shirts honoring VP Kamala Harris, Dr. Martin Luther King Jr. and many more.  K’rena Bhails is destined to become the one stop shop for all things afrocentric.
Visit the official website at http://www.KrenaBhails.com
K’rena Bhails is owned, created and operated by Kentucky based prominent businesswoman Tamar Sandars who was inspired to title the brand after the nicknames of her children.  Tamar Sandars was recently a guest on the esteemed blogtalkradio program the Digital Meet and Greet which you can hear at the link below http://www.blogtalkradio.com/PodcastsOnDemand