League of Legends has announced a new batch of skins, and Project Warwick seems to be among them. Yesterday (July 13), the official League of Legends Twitter account posted a video teasing the new series. Today, they have posted a new, more in-depth trailer. If you liked this short article and you would like to get even more information concerning LOL RP kindly go to the internet site. This new trailer clearly shows 4 champions: Jinx, Akali, Irelia, and Pyke. 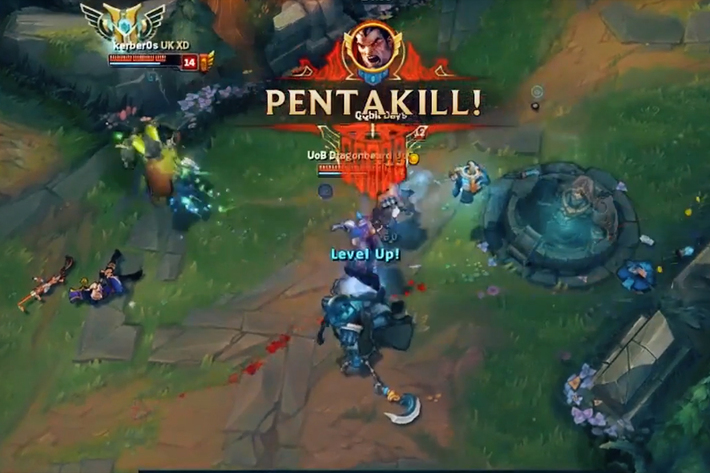 Following up on its first PROJECT teaser from Saturday, Riot Games released another preview of this year’s content from the alternate League of Legends universe. This latest cinematic teaser confirms suspicions about two PROJECT skins which were leaked prior one for Jinx and one for Pyke and it also confirms that there will be at least two more skins. These other cosmetics look to be for Irelia and Akali.

That doesn't mean Impact is infallible, however. The veteran Top Laner was tested by two rookies in week 5 of the 2019 NA LCS Summer Split. First was Cloud9 Academy Top Laner Ziqing "Kumo" Zhao, who was starting with the LCS squad for the first time in place of an injured Licorice. While Impact managed to gain the upperhand on Aatrox despite laning into Jayce, his overconfidence in diving Kumo led to a solokill on the latter side. C9 would go on to hand TL their second loss of the split.

In the eighth year of his competitive League of Legends career, Jeong "Impact" Eon-young is still reaching new heights. Team Liquid's veteran Top Laner has always been a master of soaking pressure, but with Cloud9's Eric "Licorice" Ritchie sidelined by wrist pain and Kim "Ssumday" Chan-ho starting for 100 Thieves Academy, Impact has solidified himself as the best Top Laner in the LCS.

This mode has been tested out so many times over the past year, only for it to falter and fail right from the start. To many players, this was a great mode that could incentivize friends to create teams and play through tournaments like the pros, and yet Riot Games could never get it to work. Condi admitted to LPL officials that he was pressured to throw matches after he bet on at least one of LGD's games during the 2019 LPL season. Condi said the violation occurred during the Chinese NEST 2019 tournament, which awards seeds to Demacia Cup.