Recording artist and entertainers Matt U Johnson and Kadeve are at it again with a new single #Reflect ft Kosovo Singer songwriter Shkelqim Mavraj. The two met back in Los Angeles in 2013 and were first introduced by pop star Colby O'donis's father Freddy Colon online. The two recently got back together and started working again in late 2015 and decided also to kick off a joint independent tour called The ReflectionXVI tour. If that wasn't enough Matt U Johnson and Kadeve are also charting on the black music charts in Germany for two of there most recent singles Fly Away and My Life EDM. The tour will be international with dates to be announced in Portugal and Germany, these two driven gentlemen are on a one way path to success, the sky is the limit. The tour will be a unity based positive vibe experience with eclectic sounds and music that can touch anyone, no matter age,color, or creed.
For more information:
Www.ReflectionXVI.com
Www.twitter.com/ReflectionXVI
Www.facebook.com/Mattujmusic
Www.twitter.com/mattujmusic
Www.facebook.com/kadevemusic
Www.twitter.com/kadevemusic 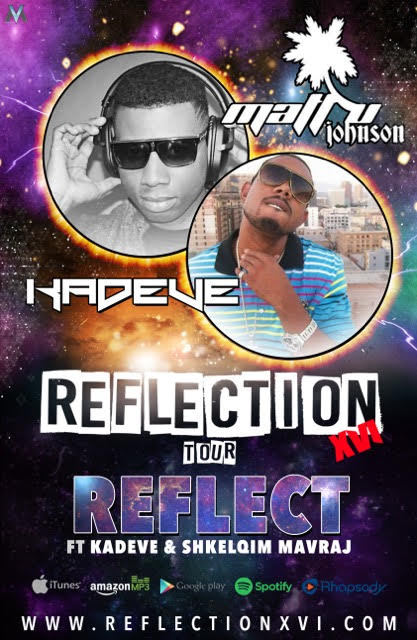