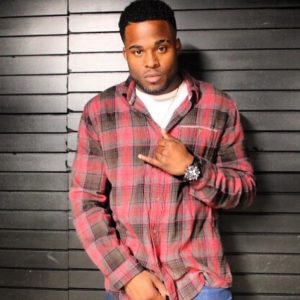 Cash Johnson, Was born May 13th, 1993 in Irvington NJ. His parents are Tina Roberson and Leon Johnson. When he was four his mother passed away, he was adopted by his Grandparents Anita and John Roberson. Johnson was also Raised by his dads mother Carol fields, she later passed away when he was at a young age. His grandmother Anita was a school teacher at night at Irvington High School, & grandfather a shore man down at port Newark. With his grandmother being in the school system they saw a lot of things and how his neighborhood was turning out, she wanted a better life for him & his two brothers so Anita And John moved to Old Bridge NJ right before starting High School. Growing up he never had an interest in playing sports. He played pop warner for a couple years up until he shattered his wrist in practice. He fell in love with music because as he grew up with his Grandparents they would always play Marvin Gaye, earth wind and fire and the temptations. His favorite artist and biggest influence in music is Lil Wayne. His aunt Divyka lived in Florida when he was young and she was a model/ extra in some Cash Money videos back in the day. He remembers her sending a dvd of a movie they did called "baller blockin" and he's been a fan ever since then and 500 degrees. He's been putting everything into his music and is very diverse. He get my work ethic from his upbringings and gets a lot of his music motivation from watching artist like weezy. This music isn't something he do as a hobby this is his life! Dedicating a lot of time and effort into it doing it because a lot of people can relate to his stories and its therapeutic to him.