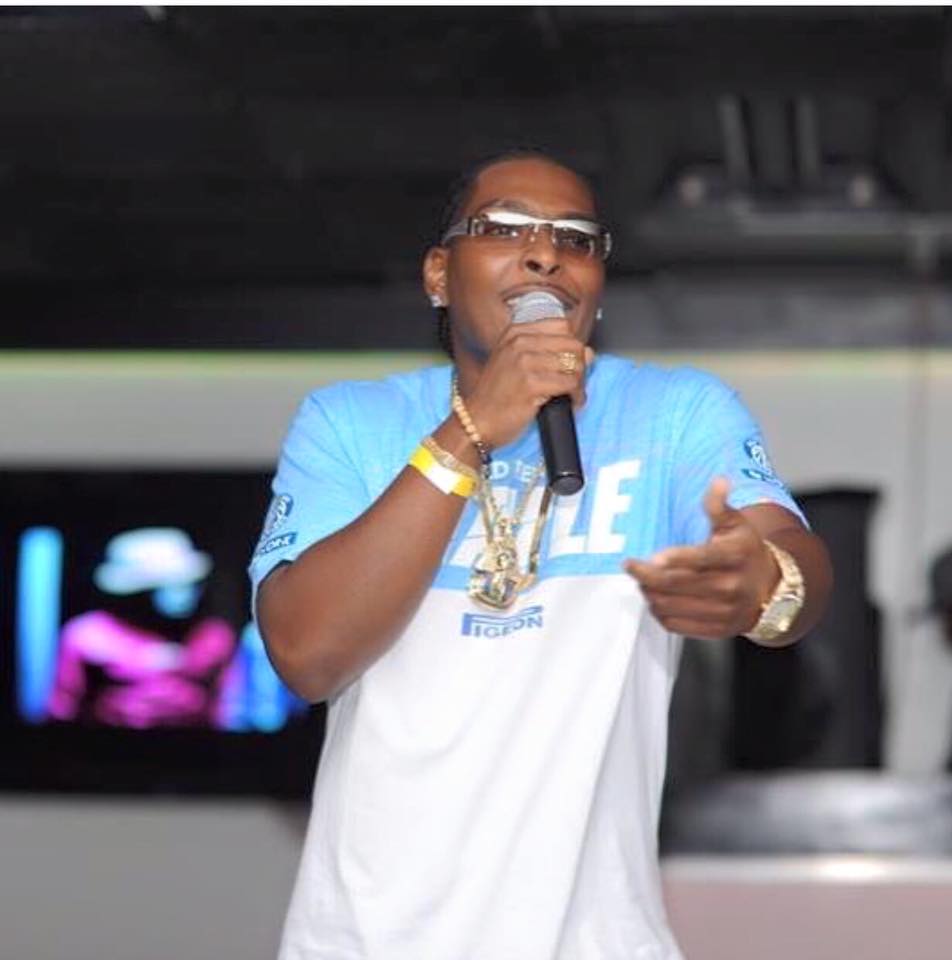 When people think of North Carolina they immediately think of talented Blacks like Michael Jordan, Anthony Hamilton, Fantasia, and most recently rapper J Cole. Fred Baldwin III, 24, professionally known as MENACE, is a rapper and songwriter with the talent and bravado necessary to be the next superstar from this region. He was born and raised in Chapel Hill, NC, so he grew up in the shadow of the Jordan mystique. According to MENACE, “he likes to attack the beats, with a hard aggressive flow”.
Anyone who’s anybody in North Carolina will tell you that MENACE is serious about his craft. He started rapping at 14, but he found his sound when he about 16 or 17 years. MENACE was in high school when his buzz started building through showcases and high school parties. The rap scene in Chapel Hill was a competitive scene, with rappers that had down south and east coast influences. Rappers Lil Wayne, Gucci Mane, and other rappers from Atlanta influenced MENACE.
MENACE also mentioned North Carolina rap legends Petey Pablo and J Cole as people he watched become successful. According to MENACE, “I spit bars on trap beats . . . and add my unique sauce to the track”. He primarily rocks to southern beats, but he is versatile. When asked what type of music he makes, MENACE responded, “MENACE makes hits”. Although he exudes confidence, MENACE is not cocky, and maintains a level of humbleness that has drawn the attention of influential industry tastemakers.
MENACE has been focused on his region and making sure he has North Carolina on lock. He has performed at shows in Winston Salem, Raleigh, and near Charlotte. He has been rocking with his camp since he started recording, and has performed with artists such as Petey Pablo, Shawty Lo, and Lil Boosie.  According to MENACE, “I STARTED RAPPING AT 16, BUT THIS IS A NEW BEGINNING OF MY CAREER . .  I’M IN A TOTALLY DIFFERENT THOUGHT PROCESS”. MENACE stated that the difference now is that he is more knowledgeable and business savvy.
MENACE is a self-financed artist, and he usually records in Durham, NC, with his engineer Absolute. MENACE recently dropped recorded a banger with hit producer Cassius Jay. According to MENACE, “I feel like I sound good over Cassius Jay beats . . . I like Zaytoven beats too . . . Southside and TM88”. MENACE listens to mixtapes on all the popular sites. He promotes his music on social media. He stated he is in the process of get a larger following and he is pursuing blogs and websites as avenues for marketing
MENACE stated that his short-term goal is to get his following up and develop a buzz. His ambition is to become a household name, where people look on any social media site and can feel his impact. He stated his long-term goal would be to get signed, “with the right direction he can go far”. MENACE plans on attacking the Atlanta scene for shows, video shoots, and features. He is open to doing song with artists from other genres because According to MENACE, he’s, “TRYING TO GET TO THE MONEY”. Like his hero Michael Jordan, MENACE sees him self becoming rich one day, and doing so while making an impact from North Carolina to the rest of the world.
For more on MENACE @menacetherapper
[ig  tw soundcloud fb] snapchat @menace1MM

Check out ''No Acting'' by Menace: