" This is what makes you a man. When I was growing up, this was all the protection we needed. You win some, you lose some, but you live. You live to fight another day. Now you think you're a man with that gun in your hand, don't you?" 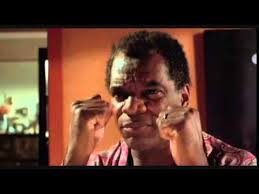 I was first introduced to "Pops" when I'm sure I was too young to fully comprehend the greatness behind the movies "House Party" and "Friday"" as well as the the huge impact that they had and would have on our people/culture.  These are classics that can be watched at any time and as many times as one wants and they never seems to bore you or get old. Extremely personable movies about us and for us; but his accolades go back much farther before these two movies mentioned. John WItherspoon has been on tv since 1977 with his first tv credit for "The Richard Pryor Show" and film credit being "The Jazz Singer"  in 1980, but he has starred in many others that we all cherish and love til this day.

Just to name a few of his great contributions to film:

and a plethora of more films and television appearances including "The Wayans Brothers" and even the animated tv series "The Boondocks" which he played "grand dad" for 55 episodes.

He will forever be known to many of us as the first "Pops" that we have ever  had.  Charismatic, humorous, relatable, quirky, encouraging, stern, and just down right funny as f*k. We definitely will miss his presence but he will always be around as his memory lives on via every movie and t.v. show he was in.

May God bless his soul and may his family receive comfort and healing... We love You Pops! 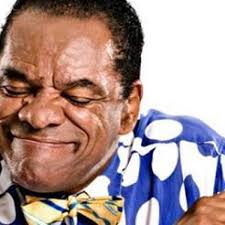