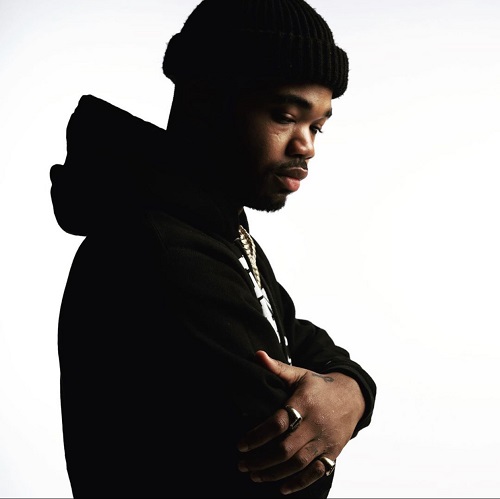 DaJuan Akeem Blair professionally know as Yung Cyfa Born 4th out of 11 children not only made him no stranger to competition but quickly taught him how to fight for what he believed in and most of all for what he wanted.

At the age of 3 Yung Cyfa’s mother moved him and 4 of his siblings to Charlotte from Salisbury NC where they would live in a vehicle on the street until the vehicles was repossessed.

This unfortunate incident led to Yung Cyfa and his siblings being placed into the hands of foster care, where he would continued to go back and forth until the age of 16 when he eventually ran away and got his own apartment.

Through out the tough times of being homeless, in and out of foster care and general neglect, music was the only positive aspect of his life that kept him sane.

At a young age his step father Antwan introduced him to hip hop music which sparked a love for the art that still burns inside of him till this day. Inspired by his love for hip hop at 7years old Cyfa wrote down his first rap, but it was him winning his 7th grade talent show with a song that he wrote on his own from start to finish that lead to the pursuit of his career in music.

Equipped with the unique ability to switch between an array of styles along with the uncanny dexterity to paint pictures with words permits Yung Cyfa to cut through any musical composition with the ease of a hot knife slicing through butter.

When asked what music artist inspired him the most Yung Cyfa responded:

“ Aside from th Lyrical greats such as Rakim, Cool G Rap, Big Daddy Kane and K R S One”..... “I strongly identify with Meek Mill since our lives are parallel due to coming up in extreme poverty, battling mcs in the city for respect and having issues with the court system causing me to spend time locked up followed by a lengthy house arrest sentence that placed an ankle monitor on my ankle in 2016 and it remains on my ankle until this day 2020.”

In 2017 Yung Cyfa got the streets of Charlotte buzzing when he dropped his infamous Mixtape “Renegade” hosted by The Carolina’s own DJ Chuck T but things came to a screeching halt after the murder of his little brother Taemon Blair aka Duke.

In honor of his slain brother Cyfa along with his business partners/management team formed DukeMusicGroup LLC and made a commitment to pick up where he left off. Yung Cyfa is now set to release the follow up to his 1st mixtape “Renegade” with “Renegade 2” free to all of his followers and lovers of his music, available in the Summer of 2020.

Along side of the hectic schedule of releasing a free mixtape for his family of followers, Yung Cyfa is putting the finishing touches on his 1st Studio album “Legend” which includes his lates two singles: “1Hunnid” produced by Krazy Figz which can be heard on urban radio stations across the United States and the strip clip anthem “Throw Dat A** Back”.

His Management Team via email: Contactcyfa@gmail.com

Bio written By: Rhasaan A. Smith